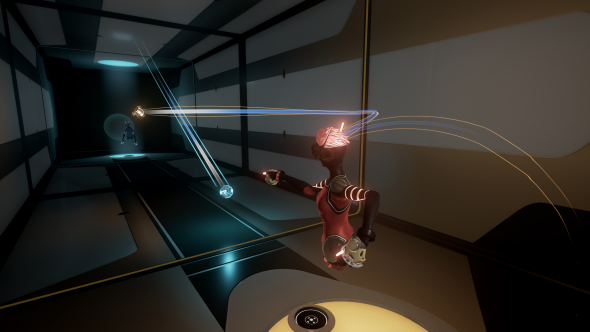 Sparc will be the first game release in CCP’s 20-year history to be set outside the Eve universe – but it’s not the first attempt. For nearly a decade, the company sustained a dream for a vampiric MMO sandbox that would match Eve Online for player-driven politics. But when World of Darkness was eventually cancelled in 2014, CCP boss Hilmar Veigar Pétursson admitted defeat – telling the throng of null-sec traders and fleet commanders at Eve Fanfest in Reykjavik, “We are now the Eve universe company”.

All of which makes Sparc feel a little like, to use World of Darkness terminology, redemption. Not only is this VR mash-up of tennis, boxing and fencing beyond CCP’s deep space comfort zone, it’s built by remnants of the same Atlanta studio that once dedicated itself to World of Darkness.

It would be misleading to describe Sparc as a new world, however. “It’s not really like an IP,” said Pétursson in this year’s Fanfest keynote on Wednesday. “It’s more like a sport.”

Once you’ve seen the trailer in action, it becomes clear what he’s getting at. Those neon visuals aren’t in aid of any science fiction story, but rather clarity. The glowing particle trail that follows your ball doesn’t represent reams of laser-sport lore – it’s there to make the trajectory of your throw readable to your opponent. What little graphical embellishment Sparc indulges in exists only so that game-y trappings can fade into the background. So that body language can come to the fore.

“I don’t want you to be a fantasy character, I want you to be you,” says executive producer Morgan Godat. “If I could, and I know that this is anathema to online players who like anonymity, but it would just be you. You wouldn’t even have an avatar. You’re a human being, I’m a human being, let’s try and treat each other like human beings.”

If that sounds oddly intimate, well: it is. Sparc follows your movement via a VR headset and two tracking controllers – either in the Oculus Rift or the Vive – which is more than enough tech to bring real physicality into play. Before a match begins, when two players spawn on opposite sides of the blank corridor that constitutes Sparc’s pitch, they’re required to reach forward in a pantomime of shaking hands. It’s also, you soon learn, an opportunity to taunt – a chance to throw your arms about in exaggerated ‘come at me’ gestures that come all too naturally in this hyper-competitive environment. 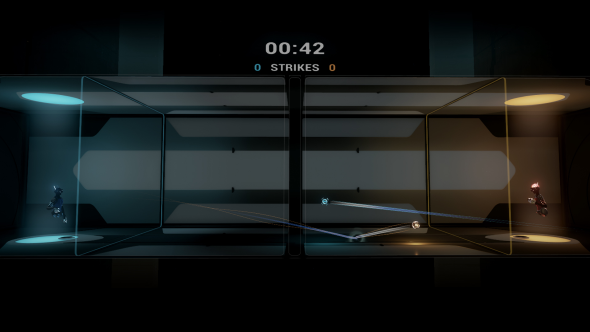 Once the game begins, keeping track of your limbs becomes essential. Each player has their own ball, which they throw in an attempt to hit their opponent and score a point. When it’s clutched in their first, that ball powers an energy shield. But once they let fly, they’re exposed. Play in Pro mode, and even the last-ditch knuckle guards that allow you to bat away a projectile disappear. You’re left with a stark choice: dodge or die. Or, if not die, concede a point – which Godat considers nearly as dire.

“The two options you’ve got are get the fuck out of the way or take a hit, and that’s the worst case scenario,” says Godat. “You never want to get hit.”

As with Eve: Valkyrie before it, the feedback from Fanfest play sessions is baked into Sparc. Not only did the enthusiasm of attendees in Iceland lift the game upwards from R&D oddity to real commercial prospect, but years of testing shine through in the more nuanced mechanics. 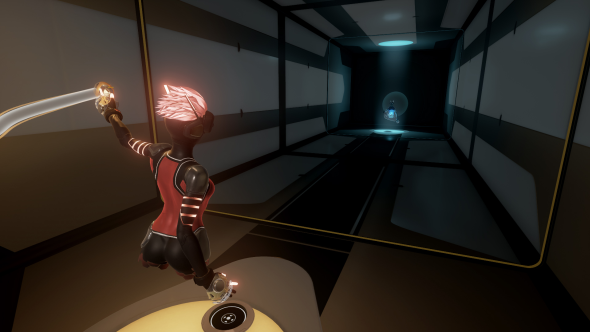 Just as a match begins to stall, with one losing player unwilling to let their guard down, a failsafe kicks in: energy shields break after one use, and can only be recharged with a throw, forcing the player back into motion. Similarly, CCP don’t allow games to drag on without a hit on either side: balls gain a boost after hitting the back wall, gradually gathering speed until a mistake on one side or the other becomes inevitable.

What comes of those mechanics is a back and forth that settles into a flow. In high level play, winning is about breaking that rhythm.

“There’s times you want to do change-ups,” Godat advises. “The slow ball gets people in the office more than they’d like to admit.” 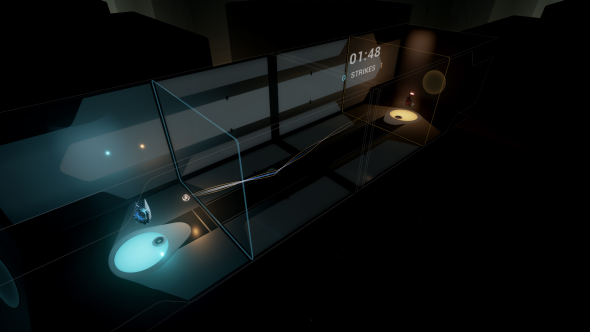 And in both high and low level play, winning is about endurance. If you thought VR was reserved for sedate, explorative adventures, Sparc is the antidote.

“The concept of somebody playing this game, getting sweaty, and losing weight while doing it? I would be super stoked,” says Godat. “It doesn’t nullify anything about other videogames – I’m still going to be sitting on the couch playing Fallout 4 for 20 hours at a time. But I’m also going to be going out there trying some of this stuff, and if I lose some pounds while doing it it’s not going to hurt me.”

Sparc is coming to the PC via the Oculus Rift and HTC Vive in 2017.