I finished Ultra Ultra’s third-person action game Echo over the weekend and it got me thinking about the nature of ‘fun’ in videogames. More specifically, it made me consider how our industry places too much value on that word, and how games can use other means to elicit a reaction from us.

Echo is the creation of a small team of ex-Io Interactive devs based in Copenhagen. As En, you awake from a century-long cryosleep to explore an endless, alien palace. It’s a vast, planet-wide structure that, if it were real, would be impossible to navigate. Not only is it broad, but there’s no way of knowing how far it descends into the core, its elevators taking you down hundreds of kilometers at a time. It all looks identical from the surface – there are no landmarks to guide you.

Echo’s setting reminds me of House of Leaves, the debut novel from American author Mark Z. Danielewski. In that story, a dark, cold hallway opens up inside a photojournalist’s house, widening as it descends, seemingly forever. As the characters explore deeper, the scale gets larger, with spiral staircases that take days to traverse materialising from within the eldritch structure. The walls are black. There are no notable features. There’s no purpose to it. It’s governed only by maddening repetition. Maddening repetition. Maddening. Repetition. Repetition to the point of madness. 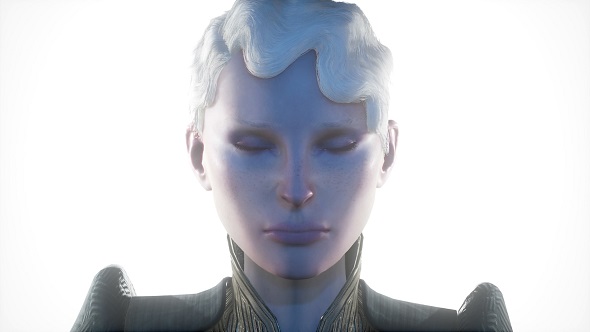 The book gets across this feeling to the reader by using the placement of words to reflect what’s happening. Text spirals around the page as characters spiral down the stairs. Some pages are occupied by only a few words to get across a feeling of claustrophobia or agoraphobia. Other pages require the reader to spin the book or look at its words reflected in a mirror. It’s incredibly effective and wonderfully disorientating, while also pulling you fully into the tale.

Echo is a linear game with a defined route to completion. You can’t get lost exploring its endless, white marble halls. You can’t succumb to hunger and die. Still, it employs similar tricks to House of Leaves in a bid to give us a sense of the scale of this place across a four-hour videogame. It employs repetition to reinforce its point – to echo its theme – having us do the same tasks over and over, or making us traverse visually similar rooms filled with the same obstacles. It mixes up the layout so you have to engage and use different tactics, but that repetition hums away in the background. Ultra Ultra – there’s that echo again – aren’t afraid to slow us down either, forcing us to trudge across vast rooms, or sending us to the outside of the structure to see its scale as we step across its maintenance pathways. It’s impressive, certainly, but not always fun. 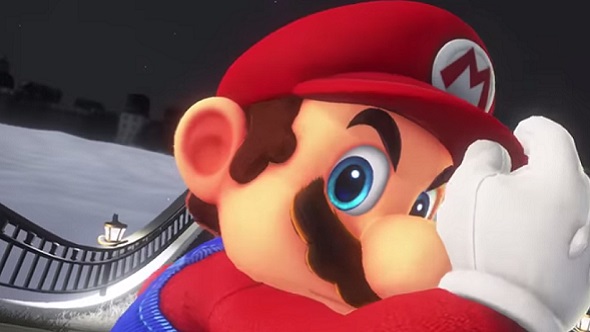 Late Nintendo president Satoru Iwata famously said, “Above all, videogames are meant to just be one thing: fun for everyone.” While Nintendo certainly live up to that mission statement, taking their place as the console manufacturer of choice for any discerning parent, videogames are capable of something deeper. In fact, games can and should be anti-fun on occasion in order to cement their points, to attain a marriage between game and narrative, to be cohesive. Just as movies and books leverage our emotions, games can also employ different methods to send their message, outside of the simple thrill of inking up a splat zone in Splatoon or stomping on a Goomba as everyone’s favourite retired, newly-nippled plumber.

Look at how Hellblade: Senua’s Sacrifice employs deception to put you into the shoes of its psychosis-suffering protagonist. That’s something a videogame can do particularly well, and it feels like we’re only scratching the surface of the potential that lies in these interactive tricks. We all felt Snake’s desperation as he crawls through the oven hallway in Metal Gear Solid 4, right? There, the simple act of tapping a button – often overused as a mechanic for opening doors – is used as a metaphor for the protagonist’s struggle. 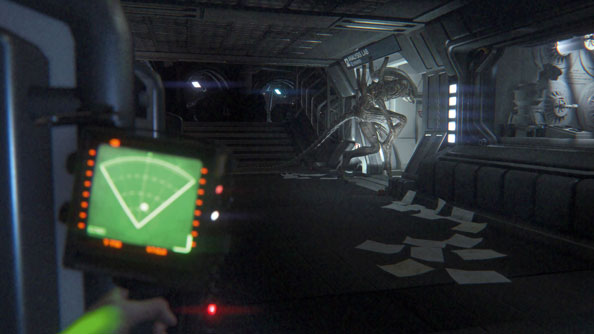 Think of how terrified you feel when approaching a clocking-in machine in Alien: Isolation, its save system transformed into a tool to increase the tension. Even strategy games can utilise similar tricks to embed their points. Take The Banner Saga – in Stoic’s adventure, the world can rob you of useful soldiers at any time, seemingly at random. We’re so used to games having rules where events can’t snatch lives away, but that’s not how reality works. The Banner Saga’s world is savage. Yes, a death can completely mess up your party dynamics, but it’s supposed to feel unfair – you’re running a refugee caravan, and you’re at the mercy of this harsh, frostbitten world.

Indie games like Echo are leading the charge here. You wouldn’t get experiences like Papers, Please, which turns you into an administrator with control over people’s fates, in the current triple-A scene. The same goes for The Beginner’s Guide: this is a game that has you explore the works of a fictional game designer, as the real game designer – or, at least, a caricature of them – pretends to try to understand the fictional dev via an analysis of their work. It’s a criticism of critique, while also touching on creatives’ need for validation – a validation that can never be sated. Via its imagined scenario, it makes us feel uncomfortable for even taking part. It’s the embodiment of anti-fun. It’s a game with a message, where the message is: there isn’t always a message. That’s strangely powerful, and it stays with you long after it ends, leaving you complicit and unhappy.

There’s a potency in that. Yes, sometimes we want to bound around an innocent kingdom of augmenting mushrooms, and pipes that hide secrets, where the rules are consistent. But often, the games that stick with us after playing are the ones that make us uncomfortable or force us to think a bit deeper. Like turning the pages of a book at odd angles until you catch a glimpse in the mirror and it all comes into focus.