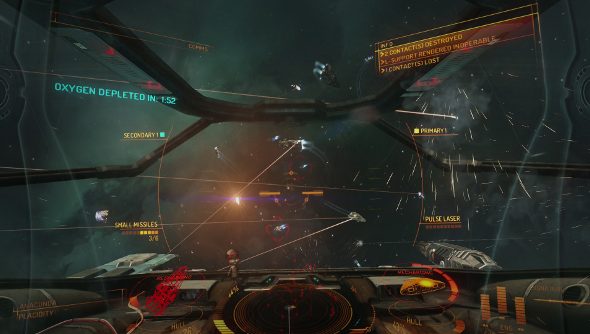 Secure your seat belt, caress that joystick and check your sights – Elite: Dangerous is upon us. And by us I mean those of you who pledged for the alpha version of the game, which unfortunately doesn’t mean me, so I hate you so very, very much right now.

Phase One of the alpha, the first of several version that will be released over the coming months, deals specifically with space combat. Ship control and weapons will be put to the test as pilots jump into Sidewinders and fight through eight single-player missions. Take a gander below at the glorious spacey shooting.

I want to reiterate: I hate you.