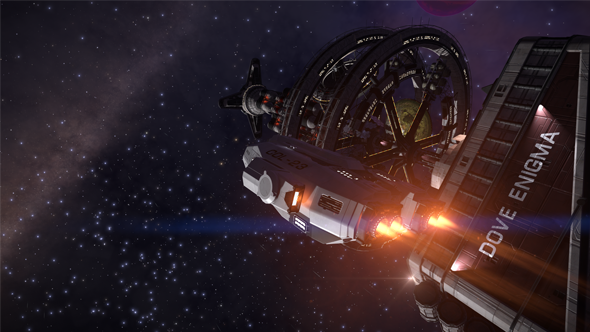 An Elite Dangerous player threatened to derail a player pilgrimage to a memorial space station but the community has managed to overwhelm the griefer’s actions before it was too late.

The exploit the griefer used has already been fixed in the Elite Dangerous: Beyond beta.

There is currently a pilgrimage of Elite Dangerous players trekking across the stars to Dove Enigma, a mega ship floating in space. The station’s name is tied to the journey – Frontier Developments created the megastructure for Brandon ‘DoveEnigma13’ Keith, a 39-year-old Elite Dangerous player battling terminal cancer.

Starting on January 12 at Jackson’s Lighthouse, the ragtag convoy of friends and supporters are making a multi-stage journey to Colonia and the Dove Enigma station, aiming to arrive on February 11. Along the way they’re stopping at some of the game’s most spectacular sites. Also along for the ride is Keith’s five-year-old daughter.

However, the pilgrims were dismayed when they saw that the memorial station had been taken offline:

How exactly does a memorial get taken offline? Well, it’s through a process called UA Bombing.

Bubbling up in Elite Dangerous space at the moment is a growing Thargoid threat, something players have been studying diligently. Once these aliens become active in a system they can take stations offline. However, players discovered there was an exploit that allowed them to force a station offline by loading its black market up with Unknown Artefacts – an item you can scavenge from a wreckage in the Merope System. If you have a ship with a large enough hold, and which has the hit points to travel to your chosen destination, then you can dump damaging Thargoid materials into a station and force it offline. 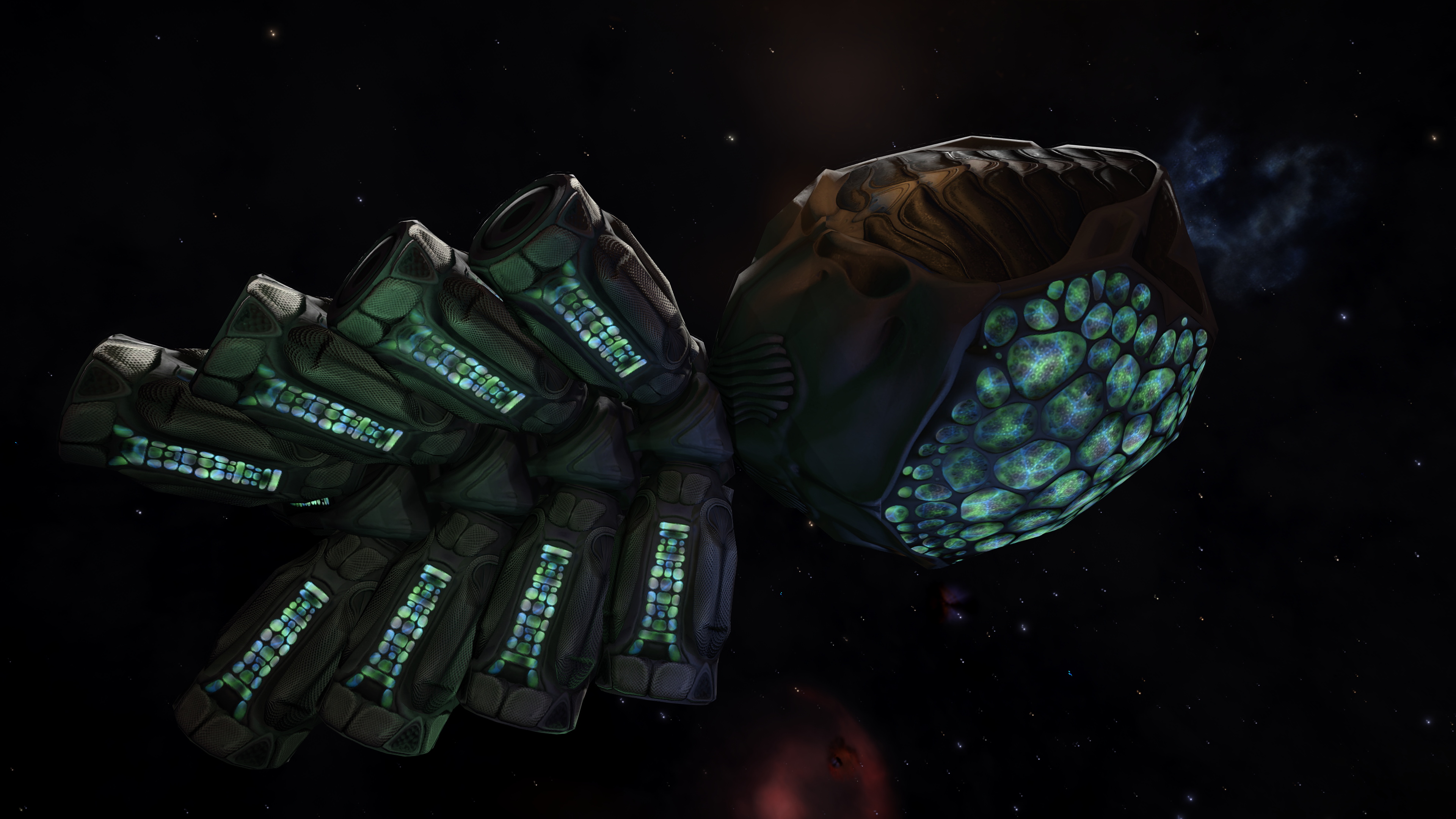 This appears to be exactly what someone has done to the Dove Enigma station.

Players reached out to Frontier to see if they could step in and return the station to active service before the pilgrim convoy arrived on February 11. Last night, they published a statement to explain what’s been going on.

Zac Antonaci, Frontier’s head of communications, says first that after an “evening investigating the deliveries,” the team “believe the use of a known exploit is possible.” This comfirms that UA Bombing isn’t just a theory. Though, Antonaci also says that “the exploit believed to have been used here has already been fixed in the current 3.0 beta, and the fix should be making its way to the live game when the Beyond – Chapter One update goes live.”

“We take the use of exploits very seriously,” Antonaci writes, “[and] we will take appropriate action against any commanders found to be using them.”

Continuing, Antonaci explains why it was even possible for a player to dump cargo into a memorial: “As you know, the galaxy’s background simulation manages the states and services of stations based on the faction controlling it. Because all dockable megaships are subject to the changing tides of the galaxy sim, the memorial megaship’s owner meant the addition of a black market. However, we also understand that this event was a finish line for the Enigma Expedition and in hindsight we should have manually removed the black market for a limited time while the expedition took place.

“We would like to apologise to Commanders for the upset we’ve caused. As with all our in-game memorials and tributes, they are added with the very best intentions.” 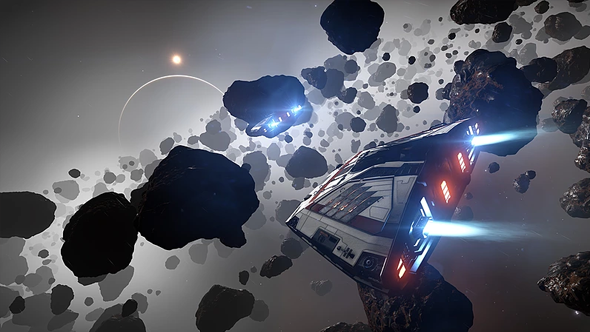 Onto the more pressing issue, about Frontier stepping in to remove the black market and open up the Dove Enigma so that players can dock with it, Antonaci says that they won’t have to because of the actions of the community.

The ‘Experiencing Technical Issues’ broadcast that revealed someone was trying to shutdown the station is the first warning, but it’s an action that can be countered. If players deliver meta-alloys, a resource that the Thargoids seem to be almost allergic to, to a threatened station then they can reverse the damage.

“From our view of the galaxy we can see an overwhelming number of Commanders taking flight in one direction and with one purpose: to counter the shutdown,” Antonaci writes.

As soon as the Dove Enigma convoy spread the news of what was happening, players volunteered to make the trip out to the memorial station, delivering load after load of meta alloys.

It appears that a potential disaster has been averted and it’s all thanks to the pilots of Elite Dangerous.