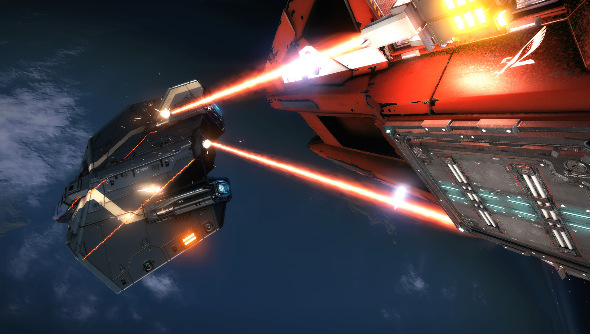 In space, no one can hear your weird horn-like transmissions. At least, that was the case before. Now, players of Elite: Dangerous have discovered an ‘Unknown Artefact’ and are attempting to decipher the strange noises it emits. The community are in full detective mode, so the story of this strange device is likely to unfold quickly.

Developer Frontier teased that there have been non-celestial objects hidden in the game since version 1.2 launched, and this simple mention has had members of the Elite forums scouring the galaxy in search of something… anything. Well, they’ve finally found something. And it looks a bit like this:

And so starts the detective work. As is protocol for these kinds of things, someone has already taken the audio and sped it up, producing this haunting, Close Encounters-like sound.

Best bets are on the Thargoids, an insectoid race that has appeared in previous Elite games, and mentioned in Developer Diaries for Elite: Dangerous. “You will start to learn some of the secrets of the Thargoids, and they’ll certainly be present in the game when it starts, but they’ll very much be a background encounter,” said Michael Brookes, Elite’s producer.

Are you part of the team trying to decode the message? What are your thoughts?