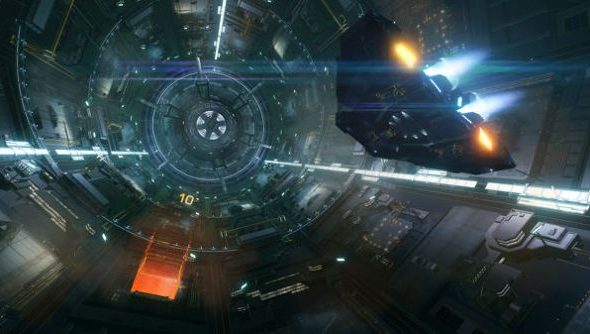 Elite: Dangerous developer Frontier recently upset a lot of people by revealing that their epic-scale space sim would be online-only. For many this was a deal-breaker, and gamers began to approach Frontier to request a refund.

Frontier have been willing to play ball in many cases, but initially made one thing clear: pre-orders of the full, final game would be refunded no-questions-asked. Purchasers of the beta version who have already been playing the game online, however, were flat-out denied a return on their investment, as were Kickstarter backers. But that approach is about to change following studio head David Braben’s discussion with fans in an AMA on the Elite forums.

“We initially declined some people’s request for refund as our records showed they have already played Elite: Dangerous online,” explained Braben on the forums after assessing feedback from a 10,000 post thread where players debated the controversial refund policy.

Previous to this change of heart, Braben had explained that purchases of the £35 pre-order would be eligible for refund, but “those who have already been playing the game online in the Alpha and/or Beta phases, regardless of whether they backed the project via Kickstarter or purchased access to Alpha and/or Beta through our online store, are not eligible for a refund.”

A lot of players have been requesting refunds due to being concerned about the downsides of multiplayer environments infringing on their solo experience. “Many of the conversations we have had during development focussed on backers wanting to play the game without the downside of online – griefing especially – ie a single player experience,” Braben said.

“We considered this to be the main issue and focussed on making sure we had a great single-player offering. We have also ensured that the solo play mode has a minimal network requirement (about 10 kbps).”

If you share a similar concern about Elite: Dangerous’ always-online nature and have already purchased the game, getting in touch with Frontier will get you started on the path to a potential refund. The case-by-case basis of the refunds investigation may now mean that you can get a refund even if you’ve played the game already.

If you’re perfectly fine with the idea of a permanently connected game of Elite, the full version of the game releases on December 16th.