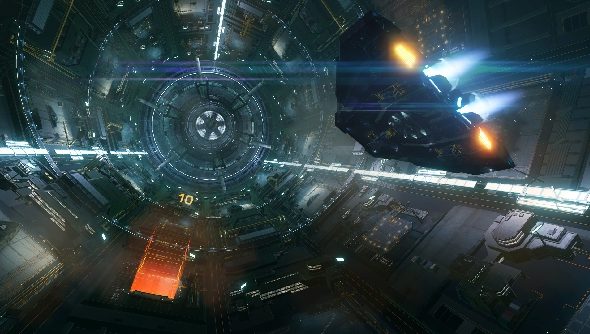 Contrary to what you may have heard, greed is not in fact good. However it’s natural to want a little bit more – a bigger house, a faster car, more extravagant holidays than that long weekend to Bognor Regis. None of us really need excess – or even expect it – but it’s hard to deny that it’d be just swell if we had a tiny bit extra.

It’s one of the things that make videogames so compelling for many of us, enabling us to live out our fantasies as muscled warriors, skilled racing drivers, or celebrated athletes simply by bashing some keys and clicking some buttons. And in games where the world is shared, it’s hard not to be tempted into wanting to amass a small digital fortune simply for the sense of status and power that might bring.

Nowhere is this more apparent than in Elite: Dangerous. Here is a persistent, connected universe where everything you do – every little action – rewards you with Credits. Bounties and trading are obviously goals towards building your own vault of wealth, but even exploration can be financially fulfilling. So it’s hard to deny that being part of the one percent in such a universe would feel very empowering indeed.

But for Elite: Dangerous player Andrew Jennings, his dream of becoming a billionaire wasn’t entirely about the money. “I am a completionist,” he says. “I see a game with ships like Elite: Dangerous as a challenge; I must own them all. So I will sit down and plan out a path to gain them all.” 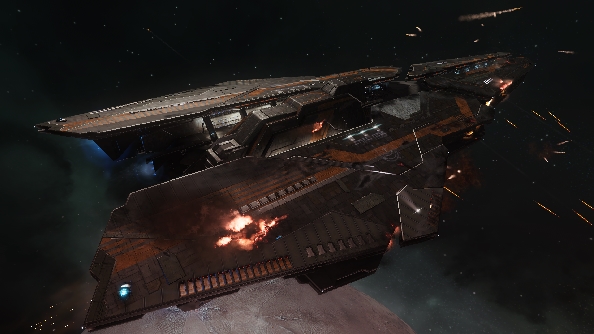 Jennings decided if he was to have every ship, he’d need a lot of money. So he set about earning it. He raked in multiple billions of Credits – a number the largest percentage of players will never see throughout their time with Elite. “My method of earning my credits was multiple,” states Jennings. “Most of it was trading – legit – of rare and basic items from system to system. I also went into a bit of exploration and a ton of combat.”

Trading became Jennings go-to money making scheme, however, saying that his preferred routes were in the Lave or Hecate clusters, which gave him “maximum distance between systems to ensure Credits while not stretching myself too much on jumping around.” Jennings would have to change with the times though, as Frontier Developments would regularly implement various nerfs to trading economies.

With the first balance tweak he switched from rare goods to more basic commodities, trading them from system to system in his Type 9 ship. “Most of my trading systems then would be no more than five light years apart, the stations no more than 1k from the star, and would be a large station for the Type 9 to dock with.” But again nerfs came, and these short range trading routes would no longer cough up the cash that Jennings wanted, forcing him to repeat runs of Resource Extraction Sites to amass his fortune. 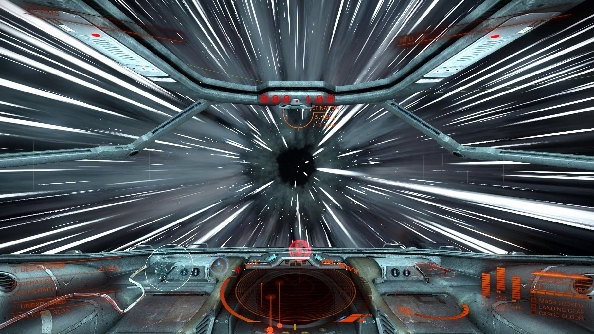 Before long Jennings earned his first billion, making it into the upper echelon of Elite: Dangerous’ wealthiest players. And just like in real life, money attracts money. He moved in similar circles, finding himself friends with equally affluent Commanders. “A bunch of us would go outside a station and dump five million in gold out of a Type 9 and then crash it into the station,” says Jennings, adding, “because why not? Or we’d have jousting contests with Anacondas just to see how much punishment we could take.” It’s the outer space equivalent of a football lying in a bathtub full of banknotes, or Dan Blizerian’s Instagram account.

But Jennings adds that the way Elite: Dangerous handles its players was a real “point of contention”. Whenever too many players arrive in a system, Elite: Dangerous creates new instances – segregating players from areas and zones that ought to feel busier. “It got boring to do anything,” says Jennings of his billionaire antics, “because of how limited the population was.”

It’s long been said that money doesn’t buy you happines, and after reaching a certain level of wealth – and with nothing in-game to waste it on – Jennings’ enjoyment while playing dwindled. “Once you get the best ship for whatever you are doing, you didn’t need anything else,” he claims. “Frontier released a galaxy to explore and have fun with but it feels empty inside. They’ve slowly given some content such as the artifacts and Power Play but to what end?

“When you take a step back and look at it from a point of view of other games in the same genre from the past there has always been something to drive for. Look at Freelancer, Wing Commander or even Star Citizen. There is a drive to get ships and weapons to prepare for aliens and player-driven content. With Elite: Dangerous you take a system, move on, and take another, move on. Frontier seems to be relying too much on the player base to fill in the missing gaps.” 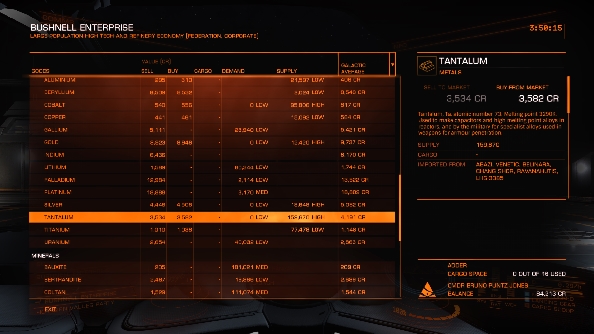 You’d think with all that money Jennings would have little to complain about; the universe is his oyster, surely? “I did many things that were quite entertaining, for a time, and that would be stupid to anyone without billions,” he says. “I often would crash Anacondas into other ships just for the fun of it, knowing it would kill me as well. I tried risky manoeuvres, often ending in death, just because.”

Jennings explains that this is another “downfall” of Elite: that the lack of repercussions stifles what should be the danger of exploring the vast, unknown darkness of space. “The fact I could crash an Anaconda into something else and only pay a percentage of the cost to get it back, there was no risk versus reward in the end. You could be across the galaxy, crash your Anaconda into a black hole, and laugh as you wake up in a station with a new ship. What was the risk I took?”

And so Jennings tired of his fortune, quitting and leaving his Credits to stagnate. But he may one day return, providing – as he hopes – Frontier adds in extra things for the one percenter to do. “I’m looking forward to the new Corvette they released some information on. So maybe, should it be worth anything, I’ll come back then and buy that ship.” 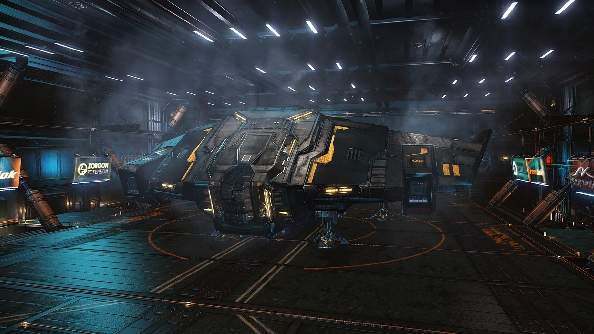 Yet he still dreams of his space-age billionaire lifestyle. “I’d actually love to see stations,” he says, “or at least some type of structure that people could buy and put down as a mobile ammunition storage. This doesn’t have to be for the super-rich but as you spend more, the larger the structure will be, the more it can store.

“Or how about full blown pilotable capital ships? Why shouldn’t a dedicated pilot of the Federation get access to a capital ship? Wouldn’t it be great if you could jump into a conflict zone and go toe to toe with an Imperial capital? I think it would be awesome to see.” Perhaps the new Horizons content will have something to offer down the road…

There’s a tinge of disappointment to Jennings’ remarks, a sense that no amount of money in the universe could have resolved the current emptiness of space in Elite. But perhaps it is, instead, a modern-day parable. Here’s a tale of one man’s drive for fortune, only to find it that achieving it brought him no happiness at all; a testament that might enrich our own ordinary, Earth-bound lives. Or maybe he just wants an even bigger spaceship.