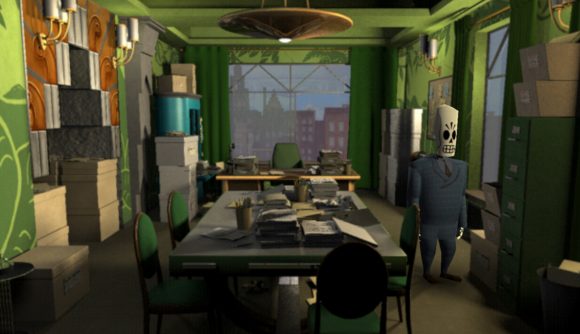 ScummVM launched 20 years ago, and since then has consistently made it easy to run old adventure games on modern PCs. That started with the LucasArts classics built in the SCUMM engine, but has since expanded to include so much more. Now, on the application’s 20th anniversary, support has expanded to over a dozen additional games, including Grim Fandango, The Longest Journey, and Myst 3: Exile.

As the devs explain in the announcement, “this is the first release that supports 2.5D games (almost 3D), thanks to the merger with ResidualVM”. That merger began last year, and now that it’s complete, your original copies of Grim Fandango, Longest Journey, and Myst 3 are now playable from within ScummVM on PC.

Of course, ScummVM is now quite a bit bigger than pure adventure games, and this update has also introduced support for Little Big Adventure (there’s a new one of those coming, by the way), and Crusader: No Remorse, alongside support for Adventure Game Studios games from versions 2.5 and up, including games from Ben ‘Yahtzee’ Croshaw’s cult classic Chzo Mythos.

ScummVM has been prolific and useful enough that it’s now used in commercial releases of old games. The compatibility list now includes dozens upon dozens of PC classics, including a handful of games that have been released as legal freeware, like the cyberpunk adventure Beneath a Steel Sky.