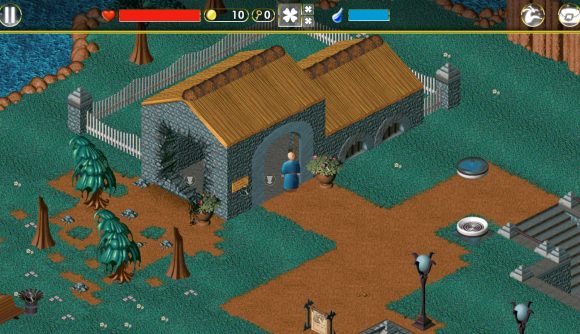 Remember Little Big Adventure? The ol’ action-adventure game all about hero Twinsen’s journey through a strange world to beat its big, bad leader Dr FunFrock and recover his girlfriend, Zoe? The classic game launched all the way back in the dark ages (well, 1994), with a sequel following in 1997. Now, all the way out here in 2021, the devs have revealed that the series is making a comeback, with a new Little Big Adventure on the way.

That’s according to a tweet posted by a brand-new studio called 2.21 set up to “bring Twinsen and Zoe back to PC and consoles”. Addressing Little Big Adventure fans, the announcement reveals that fans’ wait for a new game in the series is “almost over” as, “thanks to the loving support of [original devs] Frédérick Raynal and Didier Chanfray,” the studio has launched to create a new Little Big Adventure game.

While the post says the wait is almost over, it seems that’s only the case in relative terms, as it adds that “development of the game has not started yet, so let’s stop squirming!”

On the studio’s site, 2.21 describes itself as an “indie videogame studio
crafting a new LBA for PC and consoles”, and has put out a thread for fans to express their hopes and desires on what they’d love to see in the new game. Raynal and Chanfray are among the team members listed at the studio, and there’s a job advert currently listed for Little Big Adventure 3’s game director – so it seems that’ll likely be the game’s name.

Twinsen and Zoé are back for a new Little Big Adventure ! cc @Ludoid_Raynal pic.twitter.com/e04k1lnx3R

There’s almost no information yet on what the game will involve, though the job advert does describe it as a “reboot of a cult videogame of the ’90s: Little Big Adventure”, so it’s looks like it could be a reboot rather than a sequel, as such.

If you’re keen to keep up with the development of the upcoming indie game, you can head to the studio’s blog here, where the team will be sharing updates. For now, we have some retro games you might like to dip into to tide you over, or you can always find the originals on Steam at those links.