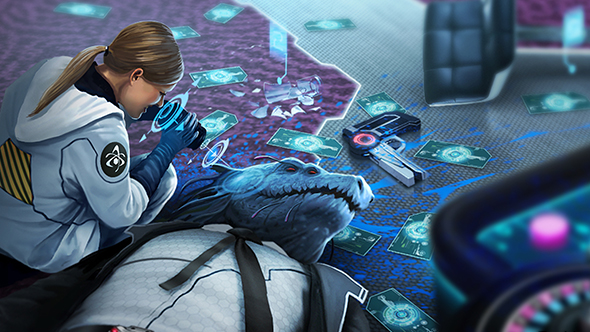 Endless Space 2 got a surprise update last night with the launch of two new DLC packs bringing a fair smattering of new content to the game, plus a patch aimed at rebalancing governments as well as weapon and support modules.

Check out all the best strategy games on PC.

The first DLC pack is Untold Tales, set to fill out the margins between the major empires with minority species. This package adds 21 new minor faction quests and four new minor factions with accompanying heroes. The Galvrans are a courteous but withdrawn people from a planet with extreme day and night. The Kal’Tik’Mas are a race of scavengers, the Sowers are sentient terraforming machines, and the Sefaloros are aquatic geniuses who make use of engineered life forms.

Lost Symphony is the other new add-on, bringing seven new musical tracks to back your attempts at galactic conquest, which you can get a preview of in the trailer above. The pack also adds another new minor faction in the Harmony, who focus on resource production – they’re even nourished by exposure to resources.

Patch 1.2.18 also launched alongside the DLC, featuring balance tweaks across multiple game systems. Energy weapons have been buffed up to the standards of projectile guns, and Blast Effect Batteries have had their power brought back in check. Various changes have been put in place to the government system, bringing every variety into balance with the powerful Republic. You can check out all the details in the official patch notes.