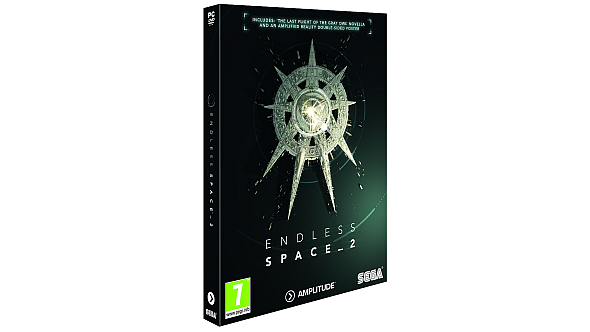 Endless Space 2 has a release date. The sequel to Amplitude’s acclaimed 4X sci-fi game will leave its berth in early access on May 19 for a full launch into the starry void of Steam, as well as brick-and-mortar shops. How quaint.

Here’s the announcement on Steam. Endless Space 2’s final release price will be £34.99 ($39.99 US) for the standard edition, and £44.99 ($49.99 US) for the digital deluxe, which includes the soundtrack, some new heroes, and some skins for hero ships. Here’s the game’s early access page, where you can get it at early access prices for another month.

If you’re old school, Endless Space 2’s physical edition includes a double-sided A2 poster and a novella by Jeff Spock, written according to the wishes of the community. It details the origins of the spaceship that ties together Amplitude’s three loosely connected games: Dungeon of the Endless, Endless Legend, and Endless Space 2.

To celebrate the full release of the sequel, the original Endless Space is getting a weekend sale of frankly preposterous value – for just £1/€1, you can get the base game and its Disharmony DLC, and all current owners of the base game can claim the DLC for free. At time of writing, the promotion isn’t live yet, but that should happen later today and here’s where you’ll want to be when it does. The sale will run until Monday, April 17.

Both myself and our cheerful news editor Ben Barrett really enjoyed Endless Space, so we recommend you take a look. For only £1, it’d be rude not to.