In Enoch: Underground, you awake as the only survivor in a city that was once great but is now derelict. You are surrounded by rusty spears, deadly traps, awful monsters, and the charred corpses of the dead. In short, if you are a fan of Diablo or action-RPGs at large, you are in heaven.

While its appeal is familiar, Enoch’s development has been extraordinary – an action-RPG built by three people with no prior experience working in games. As it turns out, Unwhale Studio have played enough of the genre to know a thing or two about overcoming great odds. 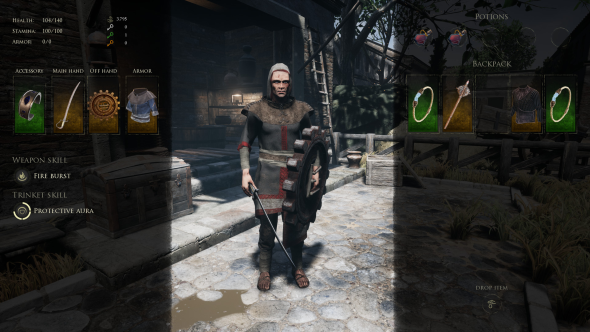 As with any new discipline, you start game development at level one. With that in mind, Unwhale picked Unreal Engine 4 as the platform for their debut – leaning on the simplified gameplay scripting offered by Blueprints while they got to grips with coding.

“When we started we knew little game dev in general,” artist Igor Bezrodny tells us. “It was very intimidating to make the first steps. Eventually we did switch to C++, but the accessibility of Blueprints really helped us figure it out.

“For me as an artist, Unreal offered a great toolset for shaders and lighting. It’s flexible, well-documented, and the community was very helpful.” 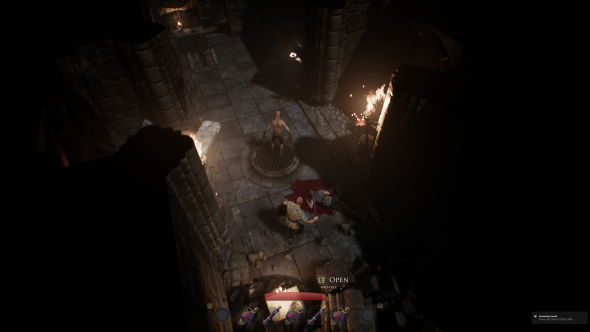 Lighting has been a key consideration for Enoch: Underground – a game which, as its title indicates, takes place almost entirely within deep catacombs far from the sun. Torches blare in wall sconces, providing inconsistent plumes of yellow warmth. Couple that gothic approach to lighting a room with an isometric perspective and you could be looking at an unplayably dingy environment. Yet Enoch’s world remains clear and readable to navigate.

“Dynamic shadows allowed us to achieve this dark atmosphere that was so important,” Bezrodny explains. “In my work I always aim for realism, but I had to make some adjustments to allow the player to see where they were going.”

Bezrodny made a conscious effort to avoid static lighting, which can impact performance – a particularly pertinent issue in the action-RPG genre, where flow and immediacy are all-important. The finished look, partly inspired by Bloodborne, is bolstered by distance field shadows – a clever bit of ray tracing maths that allows for high-quality area shadowing from spherical light sources.

“They’re fast,” Bezrodny says. “We had some performance issues in the concept areas, but we have been working on it.” 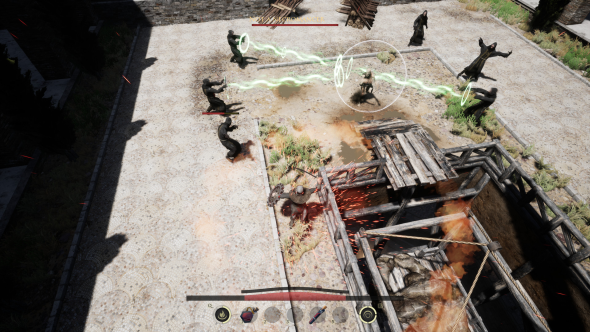 Although you are often battling giant spiders or the undead in Enoch: Underground, the studio have aimed for realism there, too. There is a touch of Bloodborne to the combat, which requires patience, precision, and an eye for enemy attack patterns.

“The weapon needs to come into contact with the enemy to do damage,” Bezrodny notes. “The system is interesting but also challenging in terms of animations. The character not only needs to look good, but they need to move in a very specific way to deal damage at the moment the player expects.”

For a short while, Unwhale experimented with motion capture solutions. Bezrodny describes them as “homemade” – bringing to mind the rotoscope work of Prince of Persia, which Jordan Mechner captured on VHS tape in 1985 by filming his teenage brother running and jumping. More recently, Ninja Theory built their own performance capture studio in a boardroom for Hellblade – but Unwhale were unable to achieve the same results.

“It didn’t work out that well,” Bezrodny admits. “Since our budget was limited, unfortunately mo-cap was out of the question. Eventually, we settled mostly on the Unreal Marketplace.” 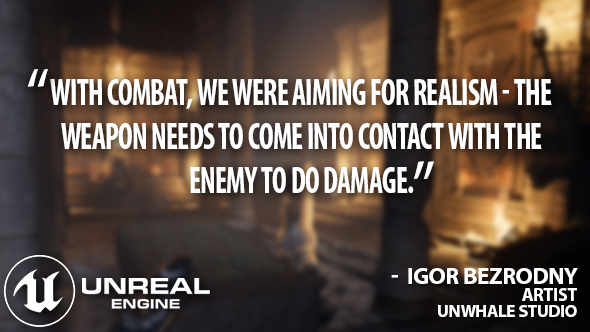 On the marketplace, creators sell art assets and technology for use in Unreal Engine 4 games. One of the store’s categories is animation – a place where game characters can learn martial arts instantly, as if in The Matrix.

“We’re a team of just three people at this point,” Bezrodny says. “The ability to purchase assets that are ready for production helped us to do things that were otherwise not possible.”

When asked what the three of them are most proud of, Bezrodny answers without hesitation: “Well, we shipped it,” he says. “It’s our first game, and now people are playing it and we’re proud. I guess most of all I’m proud of the atmosphere.”

In this sponsored series, we’re looking at how game developers are taking advantage of Unreal Engine 4 to create a new generation of PC games. With thanks to Epic Games and Unwhale Studio.