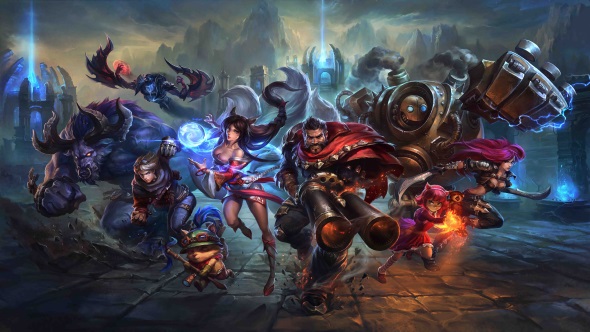 Parimutuel betting on competitive videogaming and awards shows has been enshrined in law in the US state of Nevada, following passage of a bill in the state legislature over the weekend.

Check out the latest developments in League of Legends, the world’s biggest esport, in our 7.11 patch notes.

Nevada Senate bill 240doesn’t explicitly mention esports or competitive gaming, but includes them under the umbrella of “other events.” Though regulators have already sanctioned betting on esports, this should make the process easier for bookies, and open up more events for wagering.

SB240 was debated on March 23, with testimony from Andrew Bernett, chairman of the Nevada Gaming Control Board. He said: “Ideally, you would have people coming from all over the globe to compete, with people paying to come in and bet on that event like you would a sportsbook.”

He added that he hopes to see esports events held at the T-Mobile Arena on the Las Vegas Strip (though the city has already hosted plenty of esports events in other venues).

Burnett’s comments and the successful passage of the bill make clear Nevada’s determination to be the USA’s esports hub.

Parimutuel betting is a betting system in which the payout odds are determined by the number of bets placed on a particular outcome. It differs from fixed-odds betting, in which payout odds are agreed when the bet is sold.