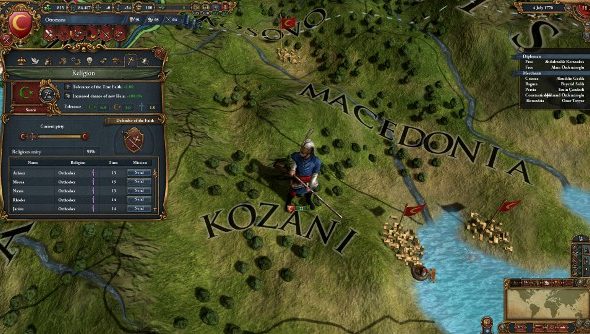 Rob has already extensively documented the means by which he alienated the assembled international press in Stockholm: an apparently harmless piece of software Paradox called Europa Universalis IV. Now you, too, make enemies of your closest friends with the game’s Steam demo.

Early settlers on NeoGAF report that players are restricted from saving their games and must choose from a reduced roster of nations – Portugal, Venice, Austria and The Ottomans. All of the game’s tutorials are playable.

The date is 1492. I forget what happened that year, but imagine that’s up to you now. What on Earth will you do with the world?