The whirlwind of response in the wake of Europa Universalis IV’s Leviathan expansion and 1.31 update has not abated over the weekend. Last Friday we reported how the Hearts of Iron team spoke out regarding the nature of the feedback they were often receiving on Paradox’s forums, as did former Paradox CEO Frederik Wester.

This in turn has sparked additional responses from various parts of the community, many of whom reject the notion that they are behaving in a ‘toxic’ way. There are already examples of community members either targeting specific employees and/or groups within Paradox over the recent controversy, as well as reacting negatively towards members of the company’s community team. Loïc Fontaine, Paradox’s head of communications, has now stepped in and announced some changes the company is going to implement with regard to how it interacts with the fans moving forward.

Fontaine’s address to the community – which you can read here – attempts to highlight the complex nuance of the situation and the “vicious cycle” that’s led to much of the current hostility.

He concludes by summarising some actions that the company will be taking going forward, namely:

This comes as a new hotfix drops for EU4. Update 1.31.2 continues to try and address some of the most critical issues that have arisen since the last milestone update dropped, although it appears it is causing further issues beyond what it’s attempting to fix. 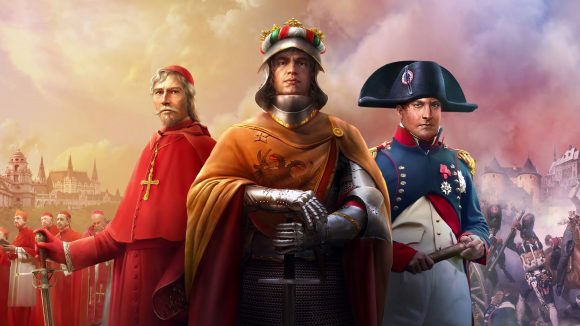 Paradox’s lead community manager Björn ‘BjornB’ Blomberg has been leading official communications on the EU4 side, and posted the following to highlight the tricky situation the dev team are in. The thread has since been deleted, but the full response has been saved:

“No, a patch should not be released as fast as we’ve been releasing them. We did however make the call that some of the bugs were so severe that we needed to get a fix out as soon as possible with the inherited risks of releasing patches at this tempo.

“You may think we made the wrong call – I respect that opinion. It is however the call we made and I’m sure we would have received just as much criticism slowing it down.”

There’s been no official news about a further hotfix, although it’s probably safe to assume one is in the works. In the meantime, a reorganisation of Paradox’s grand strategy studio Paradox Development Studios has split the developer into three teams, with active development of Imperator: Rome currently paused so the team can support other projects.