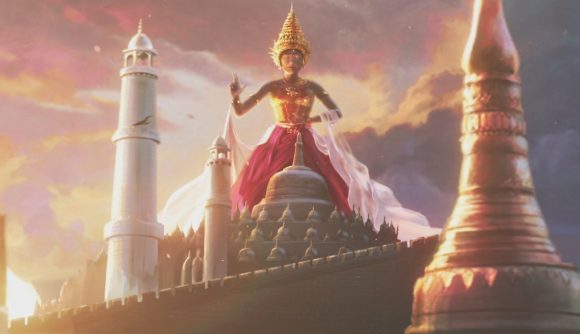 The rollout of Europa Universalis IV’s Leviathan DLC and accompanying free Majapahit 1.31 update has not been a smooth one. The DLC has been hit with a wave of negative Steam reviews, with users reporting crashes, placeholder artwork in some areas, and balance issues since the patch. Paradox has already pushed out a hotfix, and says that additional fixes are on the way for the grand strategy game.

“We know that Leviathan and 1.31 Majapahit did not live up to the expectations you and we had set for this release,” Paradox Tinto studio manager Johan Andersson wrote on the official forums today. “We’ve been hard at work getting the 1.31.1 hotfix out to you as soon as possible, and we feel confident that it will solve many of the most glaring issues that we have collected and identified. We have identified and corrected some issues in our production process based on learnings from this release and are taking concrete action – both to fix the existing issues and to ensure future releases meet the quality you expect.”

Version 1.31.1 is available now – the 23.7MB download contains a substantial number of fixes, including a rebalance for monuments, a halt to native land becoming totally devastated inside 70 years, a fix for the Sikhism GUI, and a fix for the Esprit de Corps policy giving “ridiculous missionary strength”, among many others.

You can read the full changelog on the Paradox forums.

Andersson says patch 1.31.1 should be compatible with any 1.31 saves you’ve already made, although the studio can’t guarantee they’ll work. Saves created prior to 1.31 won’t be compatible with the current version of Europa Universalis IV, and we reckon the best course of action is probably to just start fresh with the patch applied. Work is underway on version 1.31.2, which Andersson says will apply more fixes in “the very near future.”

“We apologize if you haven’t been able to enjoy 1.31 and Leviathan the way we had hoped for, but we hope you’ll give it another look with these fixes in place,” Andersson wrote. “Our goal is for you to be able to enjoy it now, and for the foreseeable future.”

It’s the second time Paradox’s small new Barcelona-based studio has had serious issues with an update for Europa Universalis IV. Earlier this year, the ‘Nakama’ 1.30.5 patch wound up causing multiplayer issues and save corruption, and was rolled back shortly after release. The planned updates were then incorporated in the 1.30.6 update that accompanied the Europa Universalis IV subscription service that launched a month later.