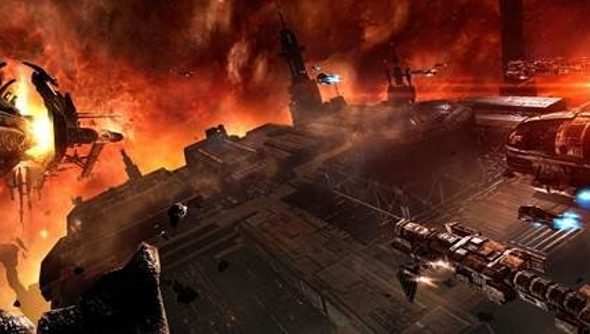 EVE Online’s fifth mini-expansion – which doesn’t sound all that mini – launched today. Phoebe’s arrival marks the halfway point in the first year of CCP’s new expansion model, where it will release 10 expansions annually.

Phoebe’s biggest changes affect travel and supply lines thanks to the introduction of jump fatigue. After making a jump, ships will need to wait for a timer before they can jump again, discouraging long-distance jump travel. It’s the first phase in CCP’s attempt to rejuvenate Nullsec.

“The constant evolution in the universe and the collaboration between players are what makes EVE truly unique,” said Andie Nordgren, executive producer for EVE Online. “With Phoebe we have purposefully started to make changes where we don’t necessarily know the outcome, making it an exciting time to play EVE.”

What are those changes? Well, on top of the jump fatigue system, Phoebe introduces a bunch of quality of life improvements, a new module, tweaks to the character skill queue and a slew of other things. Here’s the highlights:

And you can check out the full patch notes, over 20 pages worth, here.