The Linq Hotel and Casino is a relatively sedate venue amid the untamed chaos of the Las Vegas Strip. Nearby, The Flamingo houses actual flamingos, pink feathers and all. If you venture past the hair metal cover band, which plays slightly out of key round the clock, The Mirage pleads with you to come visit its new baby dolphin.

The Linq has a nightly magic show, sure. And yes it hosts America’s Got Talent winner Mat Franco most nights of the year. But it’s a dramatically more modest establishment than those that surround it. Most of the time.

Stand outside The Linq on this night and you’ll likely see five grown men, all wearing t-shirts sporting illustrations of Eve spaceships, racing through the foyer of the casino, shouting “pew pew pew pew,” pretending to be spaceships locked in combat.

Eve Online is, after the singer Bjork and frozen fish, Iceland’s biggest export. It’s an MMORPG, situated in space, and in which a quarter of a million PC gamers do interstellar battle 24/7. However, Brendan Drain, Eve columnist for MMORPG resource website Massively Overpowered, has a different take. Everyone who plays Eve has their own take. A common one is, ‘Eve isn’t a game about spaceships, as much as it’s a game about loss…’, which roughly translates as, ‘you’re nothing until you’ve lost the ship you’ve spent years saving up to build and afford’.

“I like to say,” Drain tells me, “that Eve is how people behave, when they’re left alone, with no rules.” 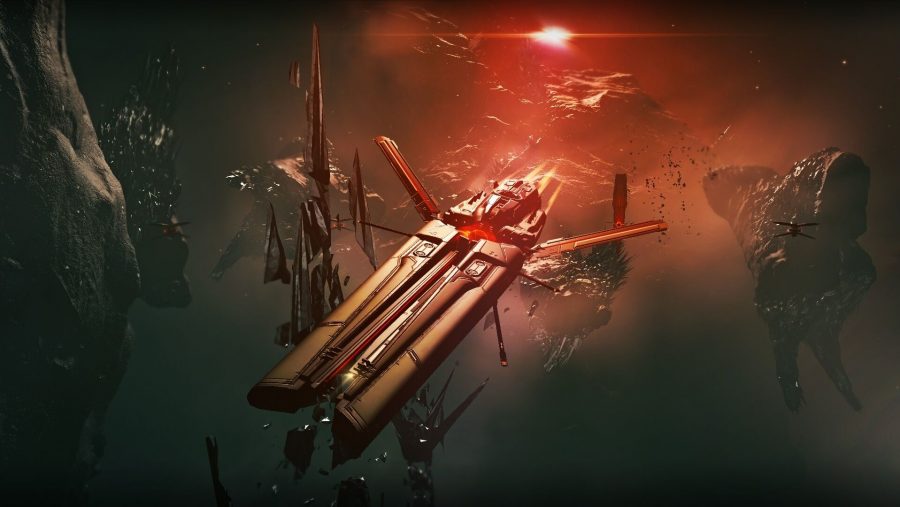 Eve Vegas 2018 marks the fourth time in four years that the event has sold out. But it’s an even bigger deal for the Eve community than that would suggest. To celebrate the game’s 15th year, over the weekend fans assemble to play golf together, on a rooftop, because… well, because this is Vegas.

Eve is the most amazing community, and yet it can be more. It can always be more

They’ll gather to watch the Eve in-house pop band, a trio made up of CCP developers, going bananas for them. They’re called Permaband, and, real talk, their song ‘Warp To The Dancefloor’ is a legitimate banger. Two Eve players even get engaged here, having met in-game. But attendees will also gather for roundtables, seminars, and to listen to a string of key announcements that will radically impact how they consume the game.

Big announcements this year include an update on the forthcoming Eve spin-off, Project Nova, an FPS set in the Eve universe. There’s the mobile game Eve Echoes – an attempt to capture the sprawl of Eve Online on iOS. Plus, there’s news of four new Triglavian ships – “they look lovely” purrs a player to the left of me when they’re flashed during the keynote – and a new PvP co-op mode coming in the winter that’s set in the game’s Abyssal Deadspace. Perhaps the biggest news, certainly judging by the cheer it receives when it’s announced, is the reinvention of the War Declaration system. The aim is the stop the game’s big cheeses from bullying the smaller fromage. 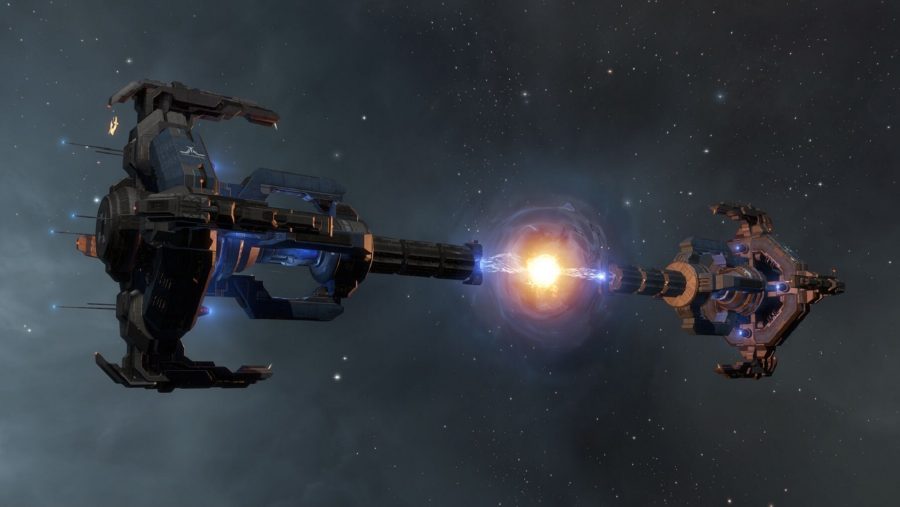 “We want to grow,” Eve Online creative director Bergur Finnbogason asserts during the announcement, “and we think this is a way to make Eve fairer, so that it’s more accessible to new players. I think about Eve all the time. About ways to make it better. I’ll be having dinner with my family and I’ll have to stop myself thinking about Eve. And what I’ve decided is that I really want to grow the ideas that are already inside the game. Fix broken missions. Hone systems that aren’t working as well as they could be. Eve is the most amazing community of clever and passionate people, and yet I think it can be more. It can always be more.”

Eve Vegas 2018 was saved from cancellation by one of its players, Commander Aze. He used his real-world connections to get the containers of equipment needed for the event through customs after they were held for inspection. One phone call to a contact at the Department Of Homeland Security and the event was back on track with the team working overtime to get the equipment to The Linq. All hail Commander Aze!

It’s hard to underestimate how important levelling the playing field in Eve could be. Even if you’re never played the game you’ve probably heard the stories. It’s a community renowned for acting out some of the most devious, dastardly, and dishonest space trickery ever inflicted. There’s a player here this weekend called The Judge, who is either revered for the mass coup he staged on his company in recent years, or despised for his treachery. This is a huge part of Eve’s appeal. But it’s also what makes it so intimidating. CCP is keen to strike a balance.

Yet, because of how Eve’s community interacts and plots, the data CCP has collected is of massive value to academics who want to understand more about how people organise themselves politically. It’s also of interest to economists who want to do the same with financial systems. “It’s basically violent Facebook,” Sveinn Jóhannesson Kjarval says, the game’s senior community development lead, as he chuckles. He makes a good point. But, unlike Mark Zuckerberg’s digital-Filofax-for-sale, you can argue that Eve is actually making the world a better place.

“We regularly get requests from university students studying economics for market data,” senior community manager Paul Elsy reveals. “Eve’s economy is classic supply and demand. Everything in it is made by players, so it can be used to predict real-world economic stability or instability.”

“What economists in the real-world struggle with is data,” Kjarval continues. “They can only get bits and pieces, whereas with Eve there’s a database. You can run the numbers. You’ve got access to a 15-year-old economy.” 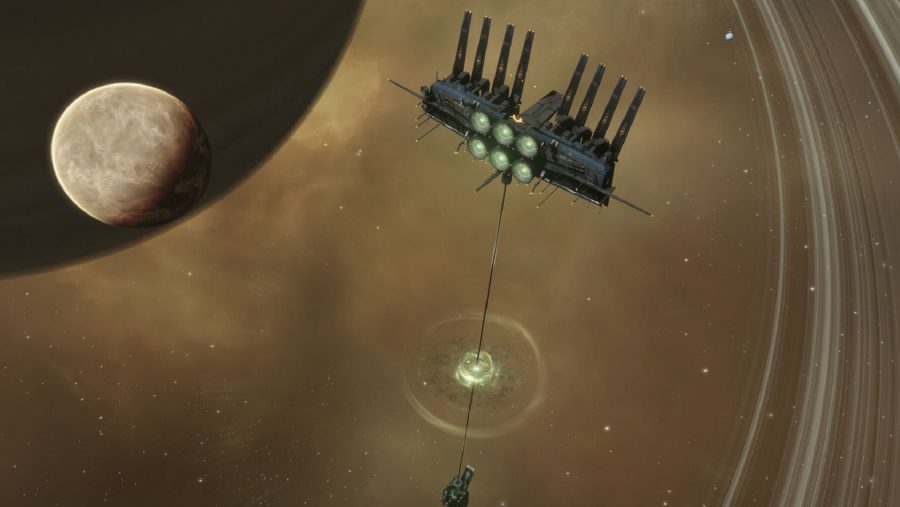 Yet what both Elsy and Kjarval are really excited by is Eve’s value when it comes to understanding human behaviour. “There was Project Discovery,” Elsy says, “which was a minigame inside the game. It was disconnected from Eve, but you could get Eve-based rewards for it. The first project was mapping the Human Protein Atlas, so we’d ask players to classify images of cells and submit. 10,000 players did that. Then we’d send the information to the University of Geneva. We’ve got an official accreditation for our work on it.

“The second project was looking at light curves, trying to identify exoplanets. Our players actually did so many classifications – I think it was over 75 million – that the scientists at the university said they had too much data. They’re still crunching it!”

“We’re keen for more of that sort of thing,” Kjarval says. “Eve is so much more than a game.”