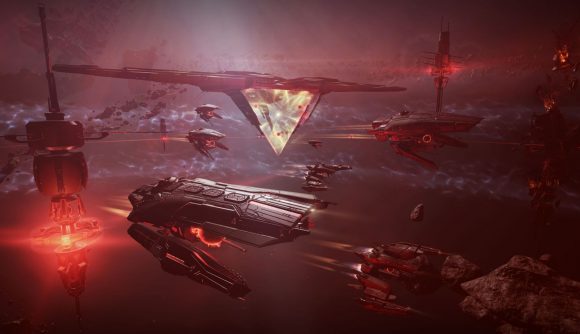 For a little over a year now, a mysterious high-tech enemy known as the Triglavian Collective has been ruffling feathers in New Eden, the cluster of stars where EVE Online is set.

The Invasion expansion began last May and has steadily escalated, as the Triglavians progressed from scouting and probing for weaknesses to trading fire with players, building permanent infrastructure focused on settlement and attack, and even inviting players to join them. The conflict is now set to reach its resolution as the third and final chapter of the Invasion story begins today, accessible to players of all levels.

EVE developer CCP Games promises open conflict between the Triglavians and New Eden’s hastily assembled communal defence initiative, EDENCOM, with players directly shaping the future of the game as they pick their side and duke it out. There have been plenty of hints, too, that the Triglavians have roots in New Eden’s most ancient past and some of its most powerful and mysterious factions, such as the Jove and the Drifters, so they likely have secrets to share beyond those of their scary entropic weaponry. When the dust from the invasion settles, players will not only have determined the future of the game, but probably learned a ton of juicy lore about its history, too.

“It’s a storyline that’s been evolving since 2014, and we’ll be concluding a major milestone throughout the summer,” creative director Bergur Finnbogason tells us. “It’s gonna be super exciting to see how players will react, and depending on their behaviour, we’ll see how the story will actually pan out.”

Related: EVE Online is one of the best space games on PC

Here’s a report on the latest phase of the Invasion and how EVE Online’s in-game police (CONCORD) and players (Capsuleers) are responding, prepared by player-run in-game news agency The Scope. 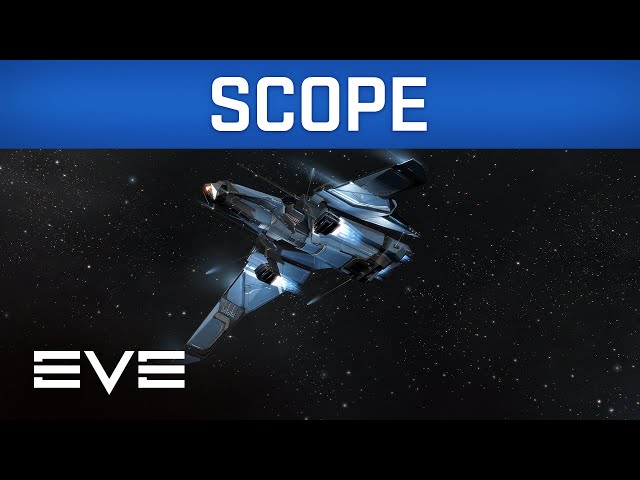 “EVE Online is celebrating its 17th birthday in the best way possible – by showing its continuing strength and growth following last year’s Korean localisation and the recent relaunch in China,” CCP Games CEO Hilmar V Pétursson says. “As we are on the cusp of entering the third decade, the dream we share is for EVE to continue growing and hopefully outlive us all.” Or indeed, dominate the world, as Pétursson has previously said it wants to do.

CCP also promises improvements to the gameplay mechanics of player-built structures in the Forsaken Fortress update, coming on May 26.

EVE has made a big effort to shed its reputation for impenetrability in the last couple of years while retaining all the depth that has earned its reputation as the industry’s richest story generator. You can give it a shot for free at its website or through Steam.