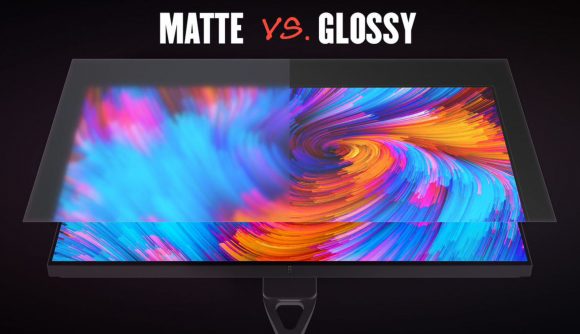 It’s official: the Eve Spectrum will get a glossy coating option on its 4K 144Hz and QHD 280Hz models, making it the first gaming monitor to shed the traditional matte finish. This is something the company first teased back in December after getting its hands on LG’s new glossy polariser, and it’s not short of demand. Eve held a poll with its community and found that at least 1,417 people are interested in the innovation.

Glossy displays are a dime a dozen in the smartphone and smart TV space, but the reason it’s taken so long to come to monitors is because of the additional research and development costs it brings – after all, the old adage does say ‘if it ain’t broke, don’t fix it’. What might seem like a simple layer from the outside actually requires fundamental changes to the assembly line, calibration process, and durability testing.

Armed with the enthusiasm of its fans, Eve explains that it convinced LG to take the plunge, and glossy Spectrums are inbound. These include the same specifications we praised in our Eve Spectrum 4K review, including an IPS panel and HDMI 2.1. It might be too much to ask for better DisplayHDR 600 implementation given this is a new finish and not a new model entirely, but the deeper blacks that glossy screens afford might make forgoing HDR a little easier.

If you’re careful about positioning your screen or simply don’t mind the reflections, glossy screens have their matte sibling beat in the sharpness, quality, and perceived colours and contrast corners. Don’t believe us? See for yourself with this image from TFT Central. 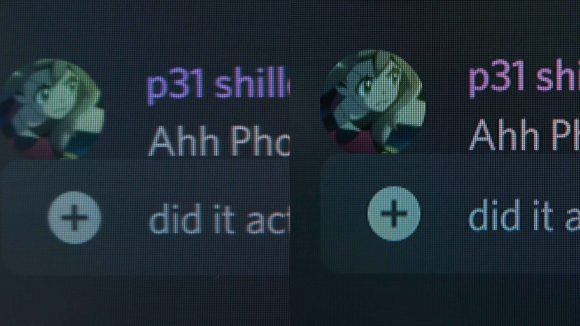 To celebrate the milestone, Eve is holding a giveaway where you could be in with a chance to win an Nvidia GeForce RTX 3070 Ti. It’s open worldwide aside from countries that prohibit it by law and you have until March 7 to put your hat in the ring for one of the best graphics cards around.

Initial stock will be limited as the company finds its feet with the new processes. You can sign up to the Eve newsletter to be the first to know when development progresses, and we should get more information in the coming weeks.