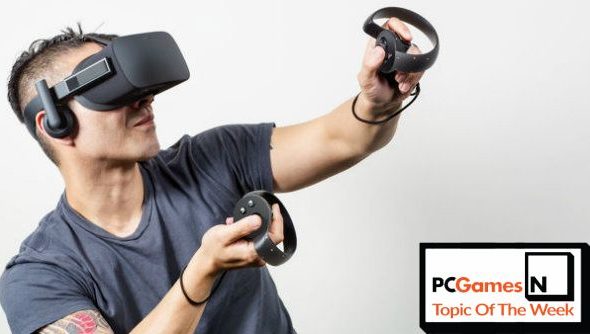 Bang on time, it’s your topic of the week for this fine, sunny Spring – VR. Everybody’s got opinions, Ben came right around to it after GDC and enjoying great games like Chronos. Meanwhile, Phil’s absolutely positive VR is doomed, and thinks he knows how it’s going to happen. But we don’t matter – it’s you folks that do.

You’re the ones who are going to be buying headsets, if Valve and Oculus get their way. It’s the millions of you that will determine what’s popular on the platform, which headset takes the lead in the inevitable platform war and which devs make it big on the new tech. It’s you, ultimately, that will determine if this venture is a success or failure.

Given how far in advance Rifts and Vives are now sold out, with orders made today not shipping for many months, the launch has certainly been successful. If you’ve already picked up a kit, let us know why, but those of you who haven’t – are you planning on it? Is there something that would push you one direction or another? Would you rather just wait for the second and third generations, knowing you’ll get all the benefits with none of the drawbacks other than waiting an extra year or two?

So – VR: will you? Won’t you? When? Which? Let us know below, and we’ll pepper you with our own thoughts in the meantime.