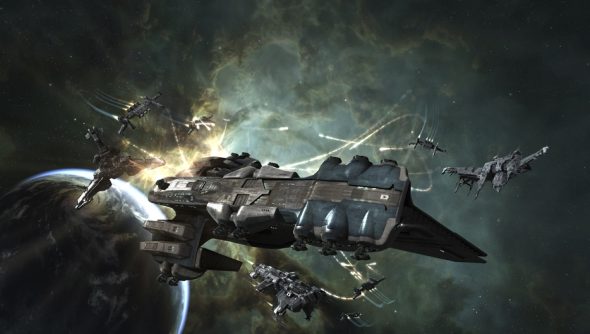 CCP have announced a team-based tournament for Eve Online with a prize pool of $10,000 – the first ever cash prize for an Eve event.

CCP are hosting the tournament on three consecutive weekends in November and December alongside own3d.tv.

Unlike previous Eve tournaments – which have been Alliance-based and therefore excluded members of player and NPC corporations – this one will feature teams put together specifically for the event. Each will consist of between eight and 24 players, though only eight can be fielded during the ten minute matches.

32 teams will take part in the tournament, chosen via an online plex auction in the ‘Live Dev Blog’ channel on Tranquility on Saturday, October 19, beginning at 19:00 UTC (Eve time). Team captains will bid with a minimum of 20 plex, and a team sign-up page is due to be launched the weekend before.

CCP are planning to increase tactical variety in the tournament by having each team ban two ships – a total of four – for duration of a match.

The tournament will be broadcast on own3d.tv on the following dates:-

Will you be watching? This weekend CCP revealed the game’s 18th expansion, Retribution, though none of the revealed changes are set to change the nature of tournament combat.