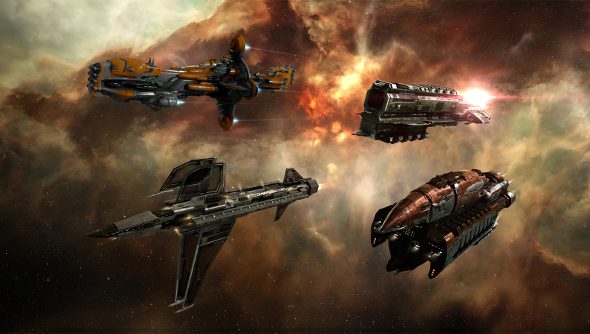 Kronos, the first of ten announced expansions for EVE Online, was released today. With ten mini-expansions releasing between now and next April, they won’t be as big as the products of the old expansion cadence, but that doesn’t mean Kronos doesn’t come with a slew of new content.

“The pirate factions watched closely as you defied Empire mandates, seized control of planetary trade, and took the law into your own hands when their justice system failed you,” the official site says. “The crumbling control of the Empire factions is now readily apparent, and those that had once hid in the shadows now seek to challenge your claim to space. It is pilot versus pirate, with the universe as the ultimate prize.”

Pirate ships are likely going to be a major draw. The technology of Mordu’s Legion is there for the taking. “The Legion’s high-range warp disruption prevents enemy escape, and its exceptional speed, versatility, and missile capabilities allow its mercenaries to close in and take down prey with brutal efficiency.”

As well as the new pirate vessels, many of the older ships have been rebalanced, as have a slew of modules and a new covert ops mining frigate for stealthy mining runs in dangerous space.