It might feel like battle royale games have been around forever, but games like Fortnite and PUBG are whippersnappers next to the MMO that started them all: EverQuest. The massively multiplayer online RPG, oft-credited as the inspiration behind the juggernaut that is World of Warcraft – now widely seen as one of the best MMOs of all time – has had 20 years of fantastical questing, dungeon crawling, and friendship making.

Not long after releasing the 25th expansion, EverQuest: The Burning Lands in December 2018, developer Daybreak is celebrating two decades of EverQuest by inviting its dedicated fan base to travel back in time to the game’s inception. On top of a bonus XP period and a new open-world zone, the launch of the Selo and Mangler progression servers shows how EverQuest is moving forward by looking back.

Daybreak has made use of nostalgia as a powerful tool in maintaining a steady group of active players who want their magical experience to remain just as it did in 1999. But how do you expand and even compete with the other hobby games today with a game that looks and feels the way it did 20 years ago? We spoke to EverQuest executive producer Holly Longdale about the challenges of staying relevant in the online gaming space and what’s in store for the future of the MMO that started it all.

Holly Longdale: We’re going to keep making expansions every year, nothing is changing, the game is thriving. Then we just launched two progression servers last weekend and those are doing really well.

People don’t appreciate how we’re amazed that we can handle four times the population we could handle in 1999. It was a decent launch, but it wasn’t perfect. But everything’s going great with the game and we’re preparing for an expansion that will launch in November.

Like a fine wine: Here are the best old games on PC

With more players than ever there comes more opinions than ever. How do you deal with that?

As a dev you do try to separate your feelings from the feedback you get, and try to interpret it properly. Otherwise there’s a danger of a knee jerk reaction, and for a live service that’s terrible, because we have to think about the long term.

Interesting that you don’t want to make knee jerk changes to a live service when games like Fortnite change every week.

It’s really hard to criticise a game that’s killing it is as great as they are. They’re doing an amazing job. But they’re doing things that… it’s really risky: with those numbers, you’re always going to alienate someone.

While other online upstarts struggle to knit together a loyal community, EverQuest has no such problem, and doesn't need to rely on partnerships with major platforms to maintain its rude health. However, this isn't something that has been ruled out: when asked about a potential Epic store launch, Longdale said it was "food for thought."

So, for us, it’s about evaluating the problem as a team. Where it’s a bug, we fix it immediately where we can identify it. But, gameplay-wise, it’s dangerous territory. We just don’t want to alienate our players, and we’ve made changes to classes too abruptly in the past. There’s a bunch of companies that will just do an update and not pave the way for what’s coming. Then there’s an immediate reaction from the fans, and they rally around each other.

Particularly in EverQuest, we give the fans the news so they can see [the changes] coming. They get mad, and they stay mad for a few days before the change goes live. It gives them a chance to exorcise their demons. Then they’re a bit more objective when they get online and see that it’s not as bad as they thought. These are lessons we’ve learned over the years.

We also don’t ask our players what they want. We used to do voting. It’s a terrible idea because inevitably half of them will want a thing and the other half won’t. Then you’ve alienated half of your players. Instead, we have trusted community members – we call that a Community Roundtable. They represent every class and segment of our game and we bounce things off them. It’s a lot less risky: they’re trustworthy, and a bit less emotional. 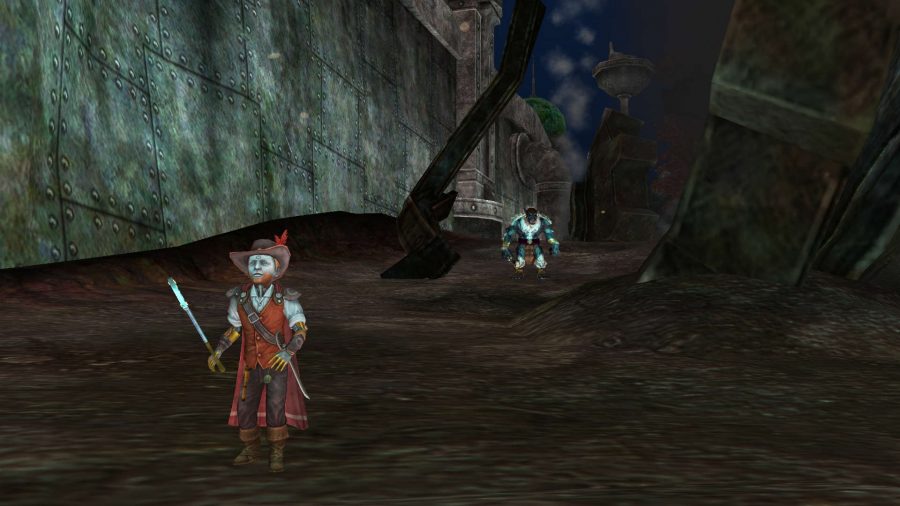 Some games have rapid updates in a desperate bid to remain relevant. Does EverQuest’s loyal playerbase insulate you from that problem?

The players that are with us are with us, warts and all. The game feels 20 years old, it certainly looks it, even though, behind the scenes, we keep up with the latest tech.

Our players are very forgiving; they know what they’re getting into so they’re willing to accept a bit of the pain. Whereas with games like Anthem, if I’ve paid my 60 bucks, you better deliver me my 60 bucks. Whereas, for us, there’s some charm to it. And when we look on forums we see the nostalgia.

Made manifest in EverQuest progression servers.

Yeah, and you can totally tell it was made for Windows 95 – the windows are all right click. It’s really weird and a very different framework, but they see the charm in it, albeit painfully. It’s amazing what people get excited about.

It’s like going back in time. For instance, if you want to give your character’s bag to an NPC, you actually pick up the item and click on them. Nobody does that anymore. We don’t hand anything to you in EverQuest and never have, which creates the social dependency: they have to talk to each other or they feel lost. They’ll prod us for issues, but it’s really about them against the world.

Do you get resistance against any efforts made to modernise those aspects?

Believe me, every time I go in the game I want to change a million things. World of Warcraft was made because of EverQuest. [Ex-Blizzard chief creative officer] Rob Pardo said that he credits EverQuest for the creation of World of Warcraft. Jeff Kaplan was one of my raid testers in EverQuest content and went on to be a designer at Blizzard.

So we all want to steal each other’s great ideas, not because we’re stealing, but because we respect that ‘wow, they did that so much better than we did’. We’re a humble group of developers that are just trying to figure out the best way to do things.

We’ve made quality of life improvements, but with the constraints of whatever EverQuest is, architecturally, there’s definitely some challenge in seeing the UI and not knowing what to click on. Part of our issue is, if we go too far in one direction, we alienate people who’ve committed this mess of windows to muscle memory. We have to choose our battles. 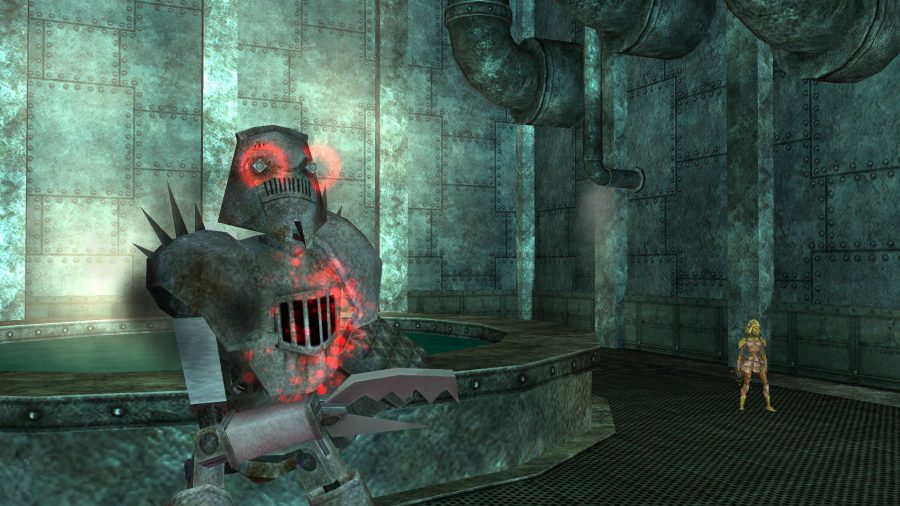 Can EverQuest stay this way forever?

It’s tough. I just sent an email recently saying our advanced looting system is terrible and we have to change it. With progression servers, where people start at level one, you get to see not just the expert EverQuest player, but people that have come back to the game. And [the latter] just don’t understand.

It’s a blessing that we’ve got people trying to figure out the game that have either never played or have come back after 15 years. We can then see what they struggle through and make adjustments. But the tricky part is…

…staying true to your philosophy?

Exactly. How do we know what is actually better? What’s just going to make people mad? 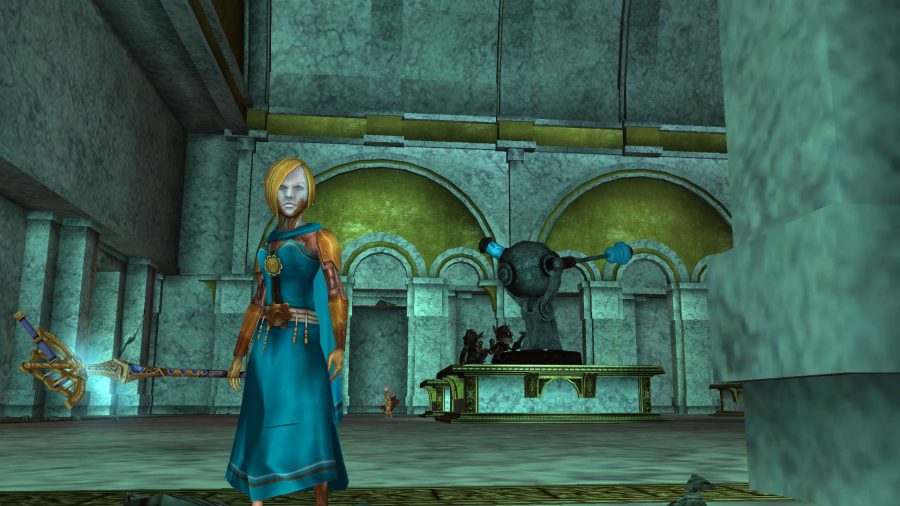 It’s one thing coming back to the game after 15 years after having already played it, but for completely new players it’s quite another.

To reverse engineer 20 years of a game and distill it into its most critical parts is an ongoing challenge. We can make content for the people that we rely on. They play on live servers, and they buy expansions, and they want to keep leveling up and be at the high end of the game. That’s where the bulk of the population is.

Over the years, we’ve tried to get new players and now that’s not our focus. Our focus is to get people back who’ve played already. That’s why we do these progression vanilla servers to entice people back. That’s where most of our success has been. I can’t even imagine trying to communicate to anyone to come and play this as a new player.

Do you see the traditional MMO experience of EverQuest as an escape, not just from the real world, but from ten to 20 years of difficult times?

When we announced that we were doing these new vanilla servers our Facebook and Twitter lit up. In the comments on press stories [people shared] memories of the guilds they joined and fought, the free stuff they got. It almost feels like a golden era, 20 years ago, and it’s been really awesome to see. There will always be trolls, but there’s also positivity.

There are people who say ‘this is where I met my husband, we had a baby’. I got a message that said ‘hey, I was buying my box product for EQ, and met this guy, he was also buying one. Now we have a six year old kid’. We get these stories all the time. It drowns out people who don’t have super awesome things to say.

So, yeah, probably. I think people long for those days when people helped each other and really respected the experts. People that knew all the trade skill of recipes, and all the super nerdy players are back in there, proving their expertise again.

Getting people back into EverQuest must be harder than ever in a service game climate where titles don’t just want a slice of your time, but all of it.

Yes. EverQuest is this weird, mysterious beast. It was the first successful MMO, so now there’s some street cred in knowing what it is, and having survived it.

But somehow it generates its own interest. I did a producer letter in January that I just assumed no one even read, and then it’s on Variety. Then players hear about it and then the EverQuest group on Facebook grows. So we don’t actually spend a lot of money doing outreach, it just happens organically.

Ever questin’: These are the best MMORPGs on PC

But it’s not like gaming today: most play sessions are designed to be 30 to 45 minutes but, in EverQuest, it’s six to eight hours – you just can’t get anything done in a short period of time. But the vanilla servers we launched on March 16 had the population peak and it didn’t stop until the following Monday morning. The numbers were pretty stable – they didn’t log off.

So what’s the future of EverQuest?

There are no plans to ever sunset it. It’s got its own audience. It’s got its own following. But a new EverQuest would embrace everything that the original request represents. We spent the past couple of years figuring out what the special sauce is and how we can recreate it for a newer, younger audience now, and how to build a new future around it.