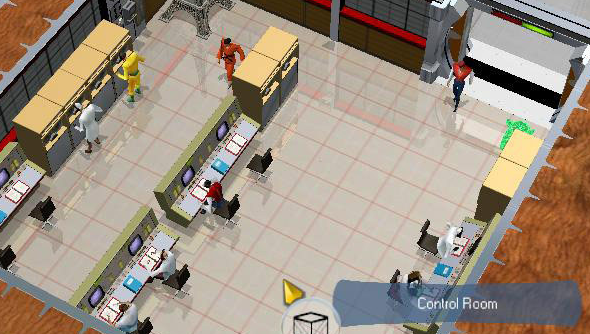 In
a series of Twitter exchanges, Rebellion co-founder Jason Kingsley told
fans that a sequel to Evil Genius is on “the shortest of shortlists”


for his team and that the studio would very much like to get the project
underway. “We’ve just got to work out how to raise money,” he added.

The
idea came about after a series of meetings, where the studio discussed
both free-to-play and AAA titles. He said that he should have more news
on the likelihood of Evil Genius 2 “within a few months.”

Of
course, we all know exactly how sequels can cash in on their nostalgia
these days. Rebellion may well want to try crowdfunding Evil Genius 2
and this has certainly worked for other sequels that have had strong fan
demand, such as Elite: Dangerous and Wasteland 2, the latter of which seems to be coming along nicely.

The
original Evil Genius, released in 2004, was like the Bond villain
equivalent of Dungeon Keeper, casting the player in the role of a
Blofeld-like bad guy, building a lair with such charming facilities as
piranha tanks and tesla traps and defending it against incursions by the
just and the good. It was the work of Elixir Studios, lead by child
chess champion Demis Hassabis, who co-designed Theme Park when he was
just 17.

A
sequel to Evil Genius was in the works at Elixir, but the studio closed
in 2005 and Hassabis moved into cognitive neuroscience to research
artificial intelligence. Rebellion acquired all of their intellectual
property, Evil Genius included, but since then the studio have been busy
with a wealth of other titles, most recently the notorious Sniper Elite, which just got a zombie horde mode. Kingsley was awarded an OBE last year and collected it just two weeks ago.

Thanks to the posters at NeoGAF.