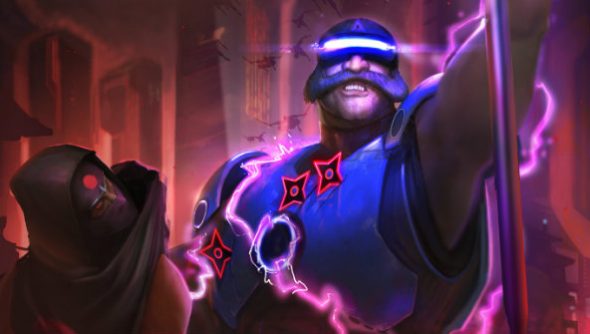 Evolve might have only recently gone free-to-play, but it just got another monstrous update in patch 2.02. The Electro Shock update brings a new Trapper who has a love of electricity and zapping large monsters with said electricity.

Our list of the best free games could easily be mistaken for a rampaging beast.

Electro Griffin, as the new Trapper is called, is a box office reject who’s starred in a bunch of bad movies, but now he’s ready to take on some real monsters – people on the internet. See him in action below:

The full patch notes are below:

Progression reward displays all unlocks on the profile page

Rewards show the name of what is unlocked

Added Caira and Abe VO in the tutorial