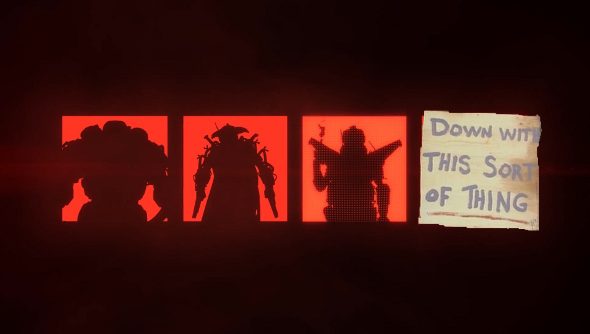 Evolve’s getting a second season pass, which seems a little unusual, given how quickly players seemed to bounce off the asymmetrical co-op shooter. It was a shame, but understandable given the limited range of maps and objectives. It doesn’t take all that long to see most of what the game has to offer, though that time is a lot of fun.

Hunting Season 2 adds more hunters and a new monster to the game. Watch the teaser below.

Since Turtle Rock Studios don’t want to split the community, DLC has been new monsters and hunters, so everyone can still play together. Maps have been doled out for free, to everyone. All of them are distinct, filling a broad array of niches, but levelling them can threaten to become a bit of a grind.

The first DLC, the hunter Lenox, is due out on June 23rd, and the last one will appear on March 21st, next year.