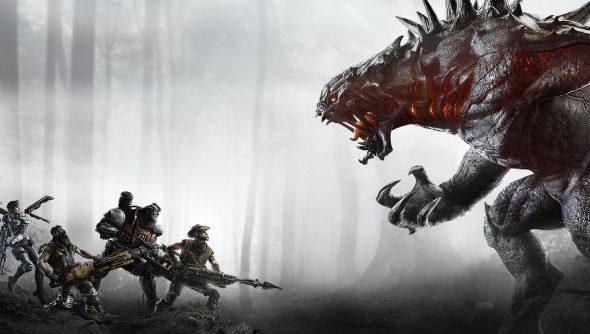 Turtle Rock’s co-founder, Phil Robb, took to the games forum this week to answer some fan questions, specifically about Evolve’s future. In his responses, Robb expressed that Evolve will receive even more content, especially in the way of hunters – four of which are coming by the end of this month – and even more monsters.

“We are not done at 4 tiers of hunters/monsters.” said Robb. “There will be more. The exact number remains to be seen…and much of that depends on the communities appetite for more content.”

Speaking in response to fan questions on the Evolve forum, Turtle Rock co-founder, Phil Robb, had plenty to say on the matter of Evolve’s ability to adapt new content. “We are planning to support the game with continued bug fixes, balance tweaks and continuing content.” reassured Robb. “We plan to do this for as long as it makes sense to do so. I can’t say exactly how long because we have no idea.

“I know this may sound like BS to you guys but the community is an active participant in the future of Evolve and a lot of our future plans are derived by how you guys interact with Evolve.”

When asked about bug fixing, Robb conceded that more needs to be done to prevent issues such as falling through the game world. “You’re right, bug fixes aren’t enough.” admitted Robb. “We have balances tweaks being tested all the time.”

The statements were bolstered by the announcement that Turtle Rock are “in fact growing” in terms of staff, and plenty of work to keep them busy for the “foreseeable future”.

This is certainly good news, especially to our Matt, who gave Evolve a monstrous 8/10 in his review.