If you've ever been playing a first-person shooter and suddenly had the urge to take a top-down view of the map and command some other forces for a minute, or if you've been enjoying a real-time strategy game and felt the desire to get onto the battlefield yourself, Eximius could be the game for you. And with the launch of season two, there has never been a better time to get involved.

For the uninitiated, Eximius is an FPS/RTS hybrid from indie developer Ammobox Studios, pitting two teams of five players against each other in large-scale battles on enormous maps, with the aim of having more victory points than your opponent by the end of the game or utterly demolishing their base. As a ground unit, you'll be able to choose your loadout before hopping into the action and blasting away anyone who comes at you.

But in a unique twist, one player on each team also acts as the commander, and can at any time during a match switch from their first-person view to a top-down look at the entire map. From here, they can spawn more units to join your ever-growing army, command these units across the battlefield, assign units to other player's' squads to give them additional firepower, and unlock new technologies from resources gathered in- game.

Having a smart commander can make all the difference, as only they can see everything going on at once, and can then communicate with the other players and direct them to areas of concern, or sneaky paths to slip past the enemy’s defences. But be careful – when looking at the map from above, the commander sits defenceless on the field, and can easily be taken out by a passing squad if you’re not paying attention. 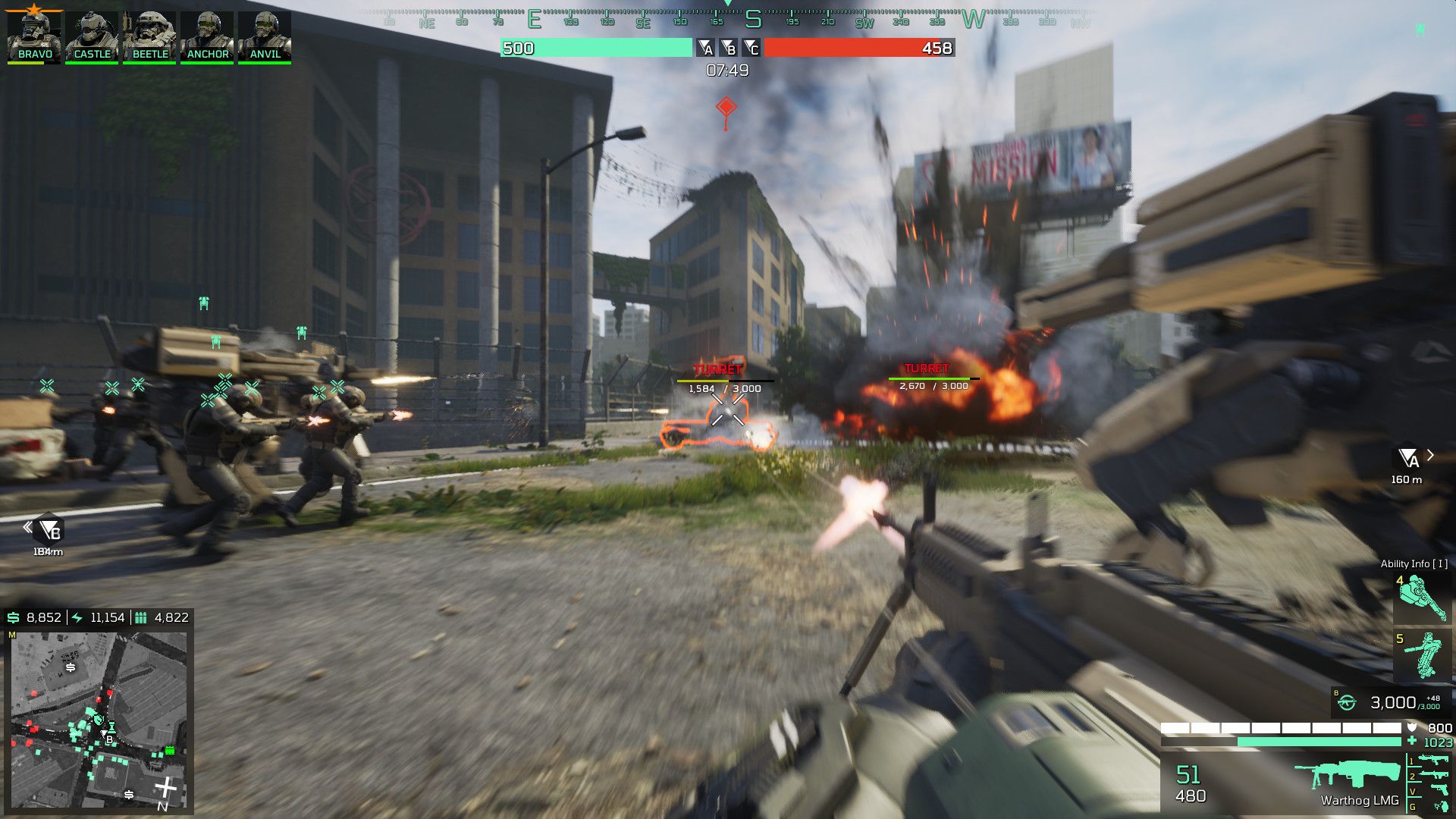 Adding an extra layer of depth to proceedings are the battlesuits. Battlesuits give players a much-needed boost to their survivability and open up a variety of abilities to use, aiding not only their squad, but everyone on their team. Defensive players can drop a shield for their units to use as cover as they advance through the streets, while people who want to get a bit sneakier can create copies of themselves to distract the enemy and drop traps to electrocute foes and slow their advance.

It’s a lot to juggle, but with clear communication and smart tactics, a team in Eximius can become a truly lethal force, dominating their opponents across the battlefield and running away with victory. And with some new changes landing in season two, there’s even more to think about when jumping into the game.

Two new battlesuits have landed, for starters. The Viper lets you grab infantry units from a distance with a claw, either to use as a human shield or for an easy kill. The claw can also be charged up to incapacitate larger units, including enemy vehicles. Meanwhile, the Covert Vanguard gives you a Stealth Wall for you and your squad to hide behind, along with a Pulse Scanner to search for nearby units through buildings and structures. 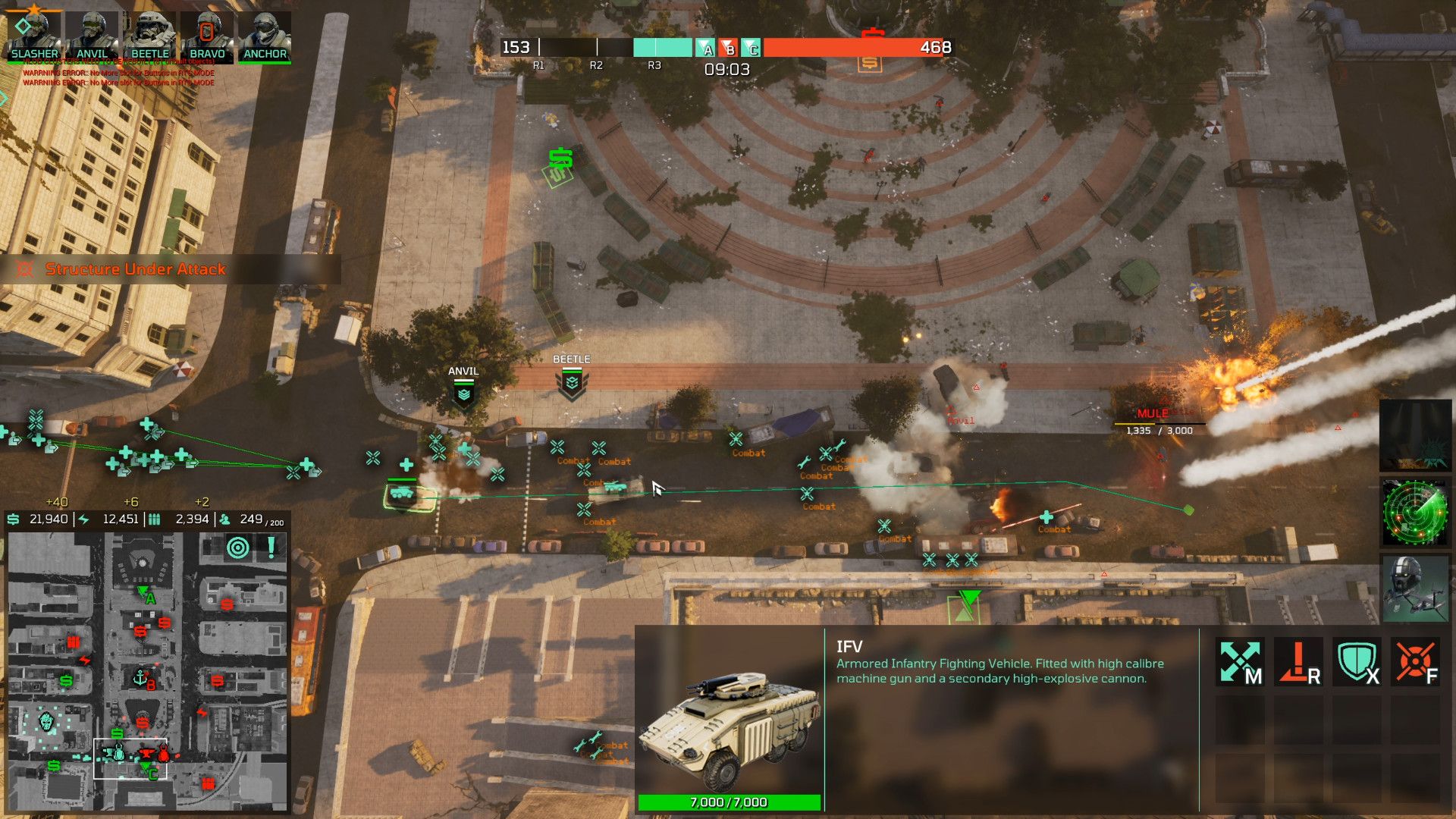 You’ll also be able to battle it out on the new Town Square map, with opportunities for tactical medium-range combat and truly chaotic close-quarters battles all in the same space. And on top of a bunch of smaller tweaks for balancing, there’s also the new recon grenades, which will highlight units through structures and let you get the drop on them before they know what’s happening.

With all this and more being added, now is the perfect time to jump into Eximius. Pick up a copy today, grab some friends, and hit the battlefield.