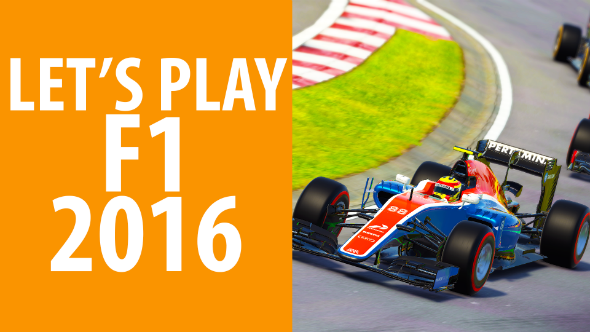 F1 2016 shows every sign of being a return to form – even a new high tide mark – for the series. It’s got a lot of little details fans have been asking for since forever, the driving’s great, and it features a revamped career mode to boot. Episode one of our Let’s Play however, sees the supposedly competent Phil in anything but fine form as he slip-slides the Red Bull into all sorts of trouble.

In fairness to the would-be Verstappen replacement, the code we’re playing is pre-final and has yet to be optimised, which means frame rates at 4K get a bit gnarly. But that’s no reason not to wind him up in the comments for those abysmal starts and nose changes.

We decided to dive into the newly revamped career mode, returning after a complete no-show in F1 2015. It’s really impressive, making good on the promises of F1 2010-era Codies back when it was all about ‘being the driver’ and ‘living the life’. You can even lose your drive completely if you’re not meeting the team’s expectations – something Phil might want to sit and think about after the chequered flag in Australia.