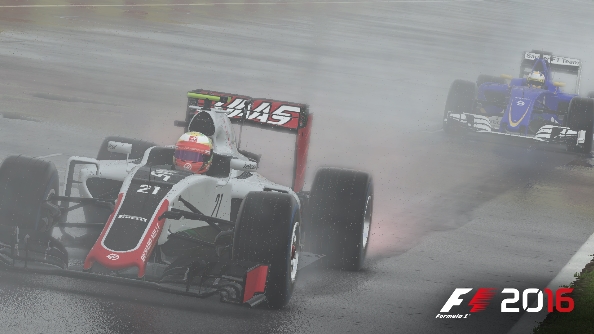 Codemasters are gearing up to release F1 2016 very soon, and a recent information reveal has shown off various new elements that look sure to make this year’s game is a significant leap over the samey experiences we’ve played the last few times. A brand new damage system makes wear and tear increasingly realistic, while performance will be scrutinised to the point that you can even lose your drive.

Put the pedal to the metal in these top racing games.

The new damage model, when used at full settings, includes many more individual components than previous F1 games, which can fall off as debris during a collision. There are new components too: for the first time F1 will include wheel tethers, the ropes that link wheels to the car’s chassis in order to prevent them from rolling away from the vehicle in case of an accident.

The formation lap, taken before the actual race, is now a manual affair, allowing you to manage tyre and brake temperatures on your way to the starting grid. Actually pulling into the grid is a computer-controlled section though.

The start system has also been revamped, and when waiting for the race to start you’ll have control over the clutch and revs. The system is also available for the AI racers too, which should ensure they all have unique and varied getaways.

One of the more interesting new elements though is the ability to lose your drive should you perform below par. Should this happen, your in-game agent will have to find you a seat with a team lower down the grid. It will be easier for your agent to get you a drive with a team should your employer have a deal with a team on the grid, such as an engine supply arrangement.

F1 2016 releases August 19, and will be followed by two update windows where Codemasters will make amendments regarding late-season races and any major upgrades.