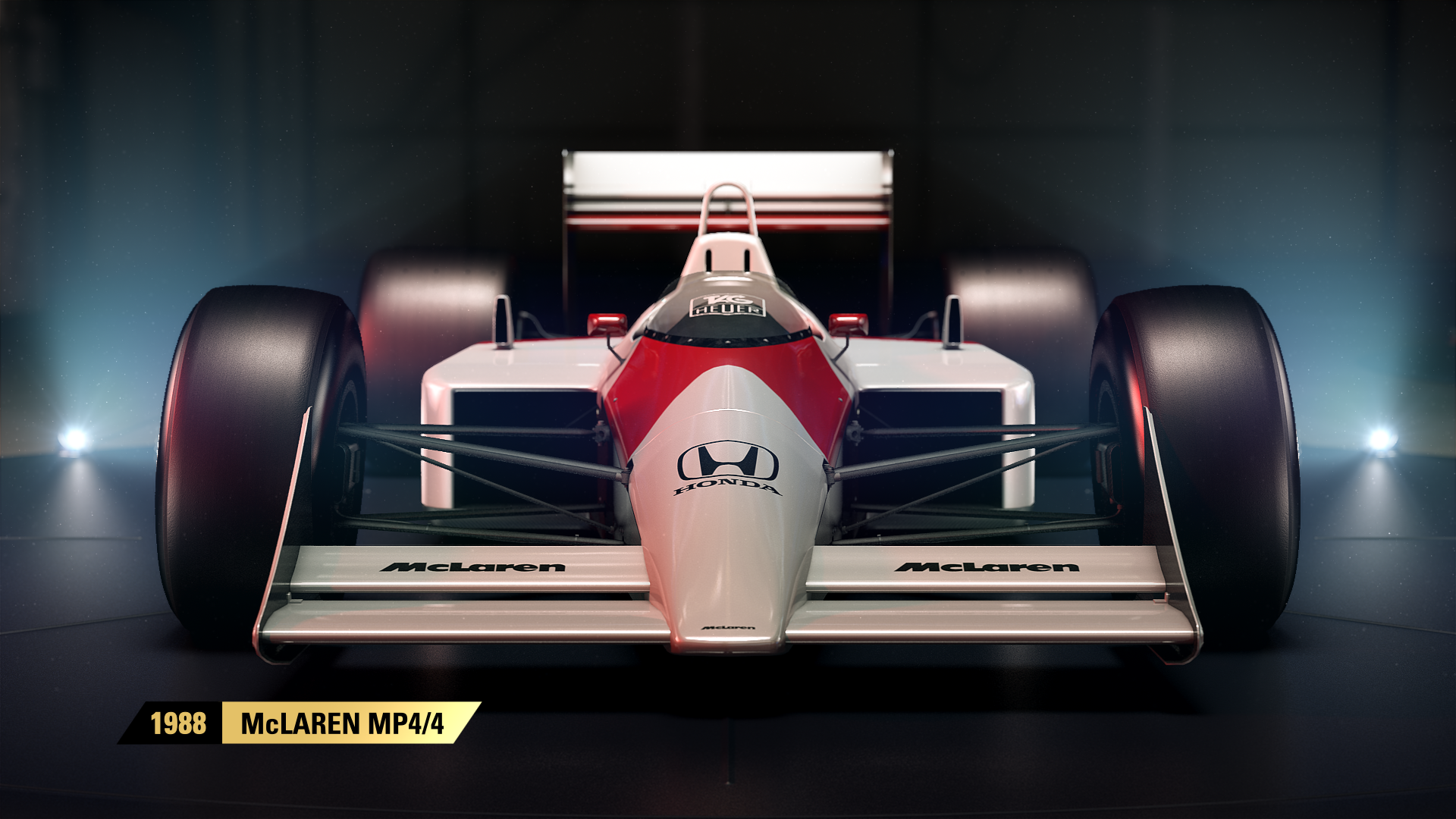 It’s that time of year again. Codemasters have lifted the veil on another F1 game, and this one sees the return of classic cars. F1 2017 will include twelve of them, spanning the ’80s, ’90s and ’00s, including the iconic 1988 McLaren MP4/4 which played host to a legendary season-long battle between Alain Prost and Ayrton Senna.

That makes three of the 12 total classic cars appearing in the final game – there’ll be more revealed as the game edges nearer to its August 25 release date.

However, there’s a catch with that 1988 McLaren;

“Alternatively, the McLaren MP4/4 car will be available to be purchased at a later date. The eleven other classic cars are available in all editions of the game.”

You can also expect the usual recreation of the current F1 season, of course, with Bottas occupying the second Mercedes, a more competitive Ferrari team, and a bright pink Force India that will presumably be impossible to drive to anything other than P9 or p10.

A brand new ‘Championships’ game mode is also mentioned, although there aren’t further details about what it’ll entail just yet.

Classic cars made a tentative debut in the series back in F1 2013, before promptly disappearing again the following year. The handling model underpinning them was spot on for that brief appearance though, so you’d expect even more distinct handling from the vintage machines this year.