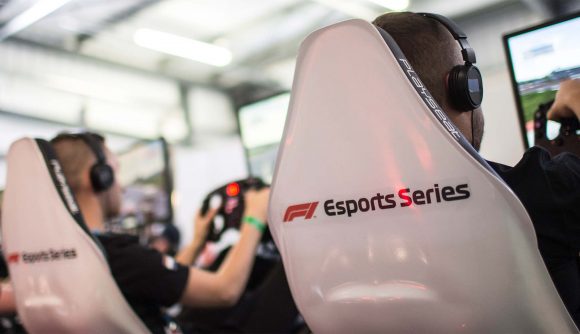 McLaren and F1 representatives believe virtual Formula 1 racing might be the perfect game to represent esports at the Olympics. Esports, in various shapes and forms, is vying for a spot in the international sporting event – which can trace its history in one form or another all the way back to Ancient Greece – but there are a few big hurdles that the competitive gaming scene needs to overcome before a serious bid can be formed.

The International Olympic Committee ( IOC) chief, Thomas Bach, has already made his stance, and effectively that of the wider IOC, clear on the matter of esports in the Olympics earlier this year. His ruling was that no violent videogames would ever make the cut, essentially drawing a line under any potential bids for popular esport titles such as CS:GO and DOTA 2.

But that doesn’t rule out every game under the sun. Representatives from the second-most successful Formula 1 team in history, McLaren, and representatives from F1, believe Formula 1’s esports series might be the perfect answer to fans that want esports in the Olympics. Spectators want entertainment, and the IOC wants to keep violence out of the global event.

“You hear Thomas Bach and others there talk about how important it is to have esports that are not violent as part of that exercise and effort,” Frank Arthofer, head of digital media at F1, says, “and, confidentially, or maybe not confidential since we’ve got a room full of media, we’ve been a part of those panels and discussions with others and the IOC. I think it’s certainly a possible long term goal, I’m not sure if 2024 necessarily, but yeah, on the forefront.” 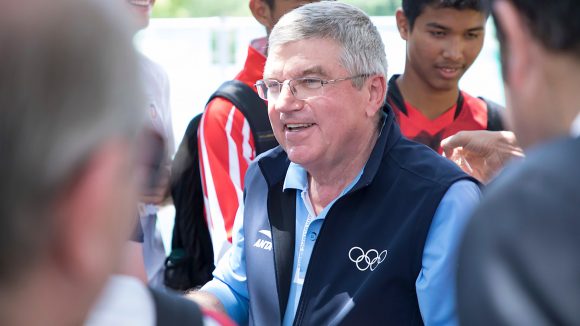 Representatives from various esports organisations have been in talks with the IOC regarding a potential bid to be a demonstration sport at the Paris games in 2024. Demonstration sports are used to showcase sports that have otherwise not made the full-time roster as an official event. Success in these preliminary talks is yet to be determined, however, esports has already made an appearance at a major sporting event during the 2018 Asian Games.

Esports, encompassing undetermined games as of yet, are also potentially on the list for the 2022 Asian Games in Hangzhou, although the details have yet to be hashed out. Back in the 2018 games Arena of Valor, Clash Royale, Hearthstone, League of Legends, Pro Evolution Soccer, and Starcraft II were all featured.

McLaren’s Henry Chilcott, marketing director at the racing team, believes the physical movement of Formula 1 is what will allow the esport to surpass others as a spectator sport.

“We need to think about how this works as a spectator sport,” Chilcott says. “And in the same way as there’s no genre that is closer to reality than motorsport, you are also versus the kind of multiplayer online battle arena type titles where you’re seeing on screen these kind of fantastical figures playing out in the screens, then you cut to the kid who’s playing on the keyboard. There’s a record skip between those two moments.

“In what we’re talking about, you pull away from the screen and then you see guys and girls in their full rigs, gloves on, hands on steering wheels, sweating with exertion battling corners, the storytelling doesn’t break.”

The Formula 1 Esports Series is already into its second season of competition, with over 66,000 people vying for a chance to join the nine F1 teams in the race for the championship. Each team is representative of some of the biggest names in Formula 1 racing today, including McLaren Shadow, Red Bull Racing Esports Team, and Mercedes-AMD Petronas Esports.