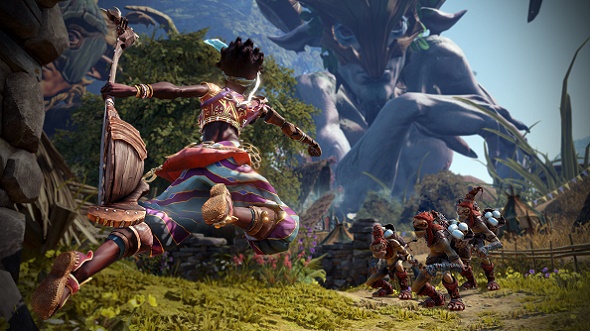 Not only does the closure of UK studio Lionhead by Microsoft mean the loss of scores of jobs, but it also means that the fate of Fable is very much up in the air. One chink of light, however, has come in the form of Peter Molyneux, who has claimed he’s not against the idea of working on a new release in the series.

Are you a Fable fan? Have a look at the best RPGs on PC.

Speaking to Eurogamer as part of the site’s inside story on the last days of Lionhead, Molyneux – who left the developer in 2012 to found new outfit 22Cans – said the idea of working with Microsoft and series creators Dene and Simon Carter on Fable IV has been on his mind of late.

“When I finish what I’m working on now, if someone comes to me and asks, hey, do you want to do Fable IV, I’d totally be up for it,” Molyneux revealed. “I would get Dene back. I would get Simon back. And I would remake this world. It’s such a rich world and there are so many avenues we didn’t explore. That would be really good fun to do. And I’d still want the equivalent of another dog.”

“Microsoft were supportive of it as an idea, but we ran out of time,” an unnamed source told the site. “During that period, Evolution got closed by Sony, and then within two weeks Codemasters picked them up. We were like, what the f*ck? How did that happen so quickly? And it turned out the management team at Evolution had been given a heads-up months before as to Sony’s intentions. Maybe if Microsoft had done similar it would have been a different story. Shit happens, unfortunately.”

Other reports have also suggested that multiple buyers were lining up to buy Lionhead outright, but they all came to nothing because of Microsoft’s desire to hold on to the Fable IP – a sticking point that, ironically, may mean there is hope for the series longterm.