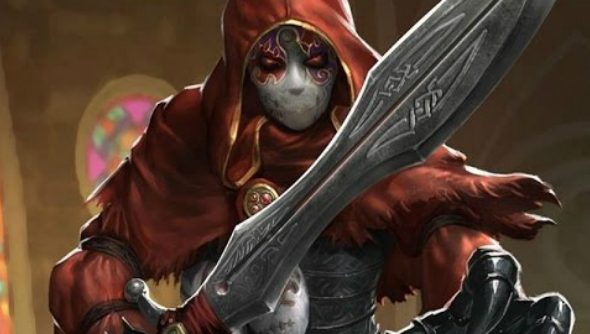 If you wanted to play Fable Fortune, the collectible card game from ex-Lionhead developers Flaming Fowl, then you can get it early – by backing the project for £100.

If you need some help with your card game knowledge, here are the best Hearthstone decks for beginners.

Tomorrow (June 8) the studio will be letting those who back at the Hero tier and over into an Early Access build of the game, which will allow players to see the cancelled project the team were working on alongside Fable Legends.

When the studio closed last month, the core team of Flaming Fowl convinced Microsoft to license the franchise to them so they could continue working on the Hearthstone-like game in the Fable universe.

“We are lucky enough to have a very supportive community already with many Fable fans excited to see new and wonderful things from the world of Albion,” said developer Craig Oman in an update alongside the announcement. “We also have a group of dedicated CCG players that have looked at what we have to offer and can see that Fable Fortune is not just a Fable card game, it’s actually a deep and innovative CCG that brings many new things to the genre.

“But we need to grow if we are going to succeed,” he continued, addressing the early access bid. “We need more CCG gamers to get involved by playing our game or watching streams and see for themselves what Fable Fortune is bringing to the table.”

The game is set to feature co-op and PvP matches as well as quests to embark on through the time-honoured medium of putting down cards that turn into minions or spells. See more of it below.