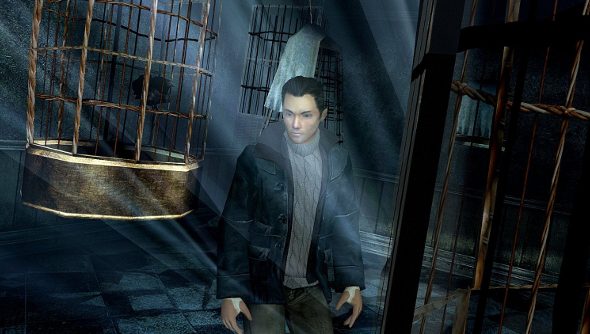 Update: Fahrenheit: Indigo Prophecy Remastered is now available on Steam for a very reasonable £6.99/$9.99. At a glance, it’s hard to tell how different the visuals are from the original, but there’s an option to compare them in the game. Along with the HD upgrade, there’s full controller support.

Fahrenheit, or Indigo Prophecy for you Americans, has had a bit of work done to it, according to Amazon. David Cage’s barmy adventure game has appeared on Amazon.com, but not Amazon.co.uk, with both of its names combined. Fahrenheit: Indigo Prophecy Remastered Edition is how it would like to be addressed from now on.

The site lists the release date as January 29th, and is taking pre-orders.

Farenheit’s first half would have been one of my absolute favourite adventure games, were it a whole game. A psychological thriller where you play a muddled man on the run, and the cops chasing him, it’s a peculiar game, fat with twists and turns.

Unfortunately, half way through this fascinating thriller, it goes off the rails and becomes some sort of supernatural mess with Mayan conspiracies and Matrix-like QTE combat. And then a woman sleeps with a corpse for some reason. But despite it going off the deep end, it manages to remain a rather entertaining romp, and is notable for being a mostly good adventure game during a period where the well was pretty bloody dry.

Of course, what the game remains most famous for is the inclusion of its designer, David Cage, in the tutorial, where he lives out his dream of being a movie director.

This remastered version is the uncensored one, rather than the American release. So, those of you across the pond will finally be able to enjoy a romantic scene between a woman and her pale, dead boyfriend. Lovely!