I’ve been accused of spending too much time playing Fallout 3 and its offshoots. I would say at around the 3,000 hour mark, the time I’ve spent in the wastelands of DC, Nevada, and Utah feels ‘just about right’.

A new game was always a big deal in our house, and not just financially; it was an event inherent with the promise of adventures and banter ahead. My mum and I got ready with snacks and booted up Fallout 3, piling through the introduction.

Probably worth some context at this point. My mum was an incredible, tiny, white, Scottish woman who wasn’t academic but hella smart. As a single parent of a mixed-race child on an estate in the ’80s, she created an incredibly supportive and loving home with very little means beyond her dogged determination to better our circumstances. The outside environment wasn’t always the most welcoming to a child with my hue, so my mum bought me a Commodore 64, and rather than insist I go outside to face reality when I got too ensconced in a virtual world, she happily nurtured my love for gaming.

She’d take me into town so I could play the arcades, supervising as I made Wolverine and Ryu do unholy things to Apocalypse and his minions, and ensure I had plenty of spare cassettes to record games. She eventually upgraded me to an Amiga, hard earned from long days spent deep in bleach and Brasso polish, preparing for the car boot sales she would arrange to make ends meet and my unfolding life better.

We spent hours playing games together. When I was 13 and she was diagnosed with emphysema, and later cancer, her being housebound meant our gaming sessions took on a whole new importance. As my mum would often point out, ‘it’s my body that’s shot, not my head’. 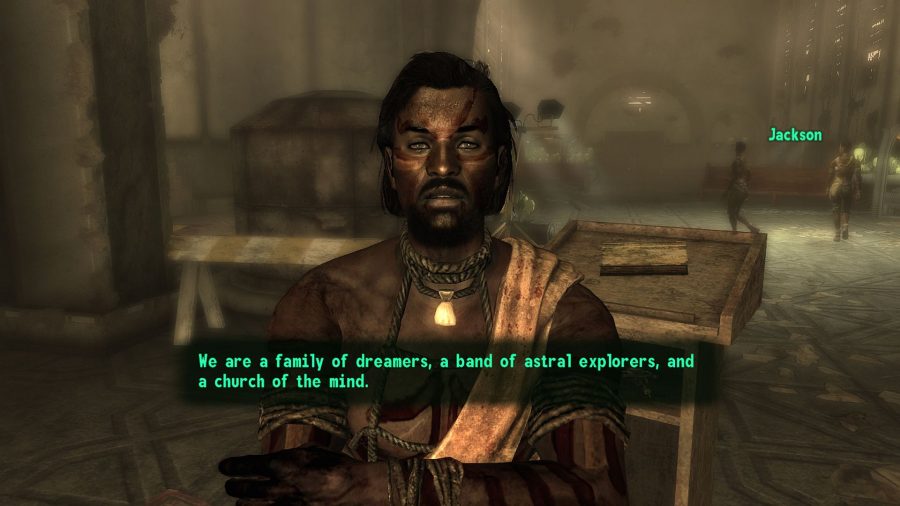 So, there we were in 2277 as a descendant of vault dwellers after a nuclear apocalypse, leaving the bunker for the first time to wander the destroyed remains of Washington. Mum picked out a building far in the distance to explore, but we were about to learn something about this incredible game – you rarely ever reach such a target for stumbling on a distraction, be it an abandoned school with rooms adorned with pixel-perfect placement of objects that tell a thousand horrifying stories, or wandering into a feud between eccentrics who think they’re superheroes.

More like this: The best open-world games on PC

Five minutes after leaving the vault we’re chased by a floating orb into a camp of Raiders, (a gang of Washington’s less friendly denizens), who charge towards us. A shot from the orb meant for me instead floors a Raider, and the others, now uninterested in me, attack the orb to avenge their fallen comrade. I watch, confused as to how the game can make all this happen, as the final, exhausted Raider triumphantly takes out the orb with a crushing blow and now, seemingly remembering my role in the death of their entire fraternity, runs towards me with the little health they have remaining. I take aim as a Mole Rat saunters by and eats them. I pause the game. Look at my mum. ‘Well’, she says, ‘you don’t see that every day’. 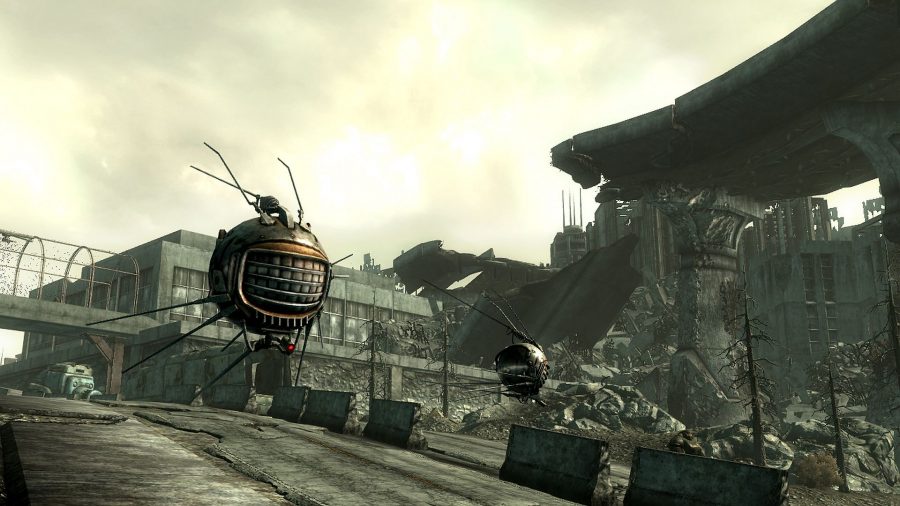 And so began a firm tradition. Years of stories emerged, like the time we wiped out a ghoul’s nest and debated whether we could take on the laborious task of ferrying an entire cave system’s worth of loot back to Megaton, pushing the very definition of ‘encumbered’. We did and it took a week.

We debated the task of ferrying an entire cave system’s worth of loot back to Megaton. We did, and it took a week

Or the ridiculous lengths I went to, to ensure our faithful companion Dog Meat didn’t get killed, and the number of times I died for that blasted dog on my mum’s insistence: ‘No dog left behind’.

Or that time we stood atop Tenpenny tower, overlooking the wastelands, a button to activate a nuke killing thousands in our beloved town of Megaton. We single-handedly maintained Megaton’s economy through a long lasting partnership with Moira Brown at the Craterside supply. We helped Leo Stahl kick his chem habit and were rewarded with a sober neighbour. In short, it was our home, with people we’d invested a lot of time in. We had to save them, but my mum looked up from the official guide with a mischievous grin and said, ‘Wait… Now let’s think about this son…’ 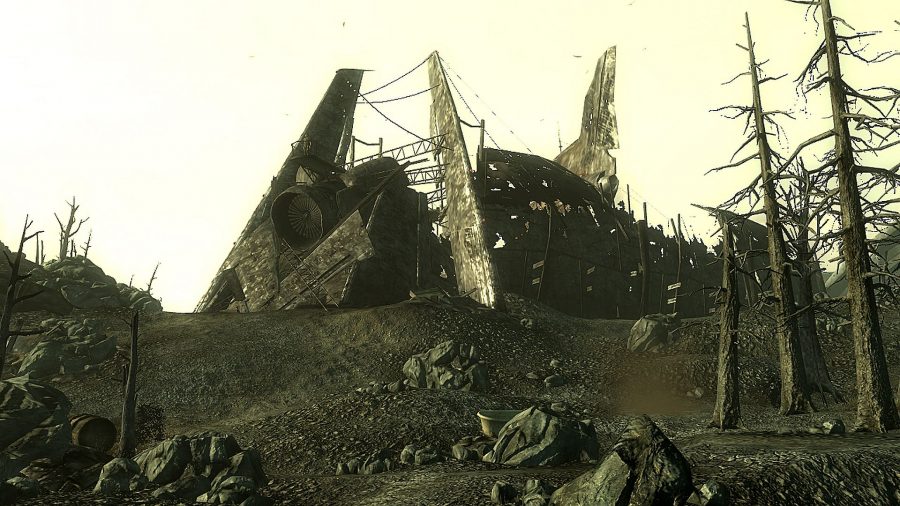 We played for hundreds of hours in this ‘memory generator’ that permeated our waking life, talking about it at dinner or planning destinations whilst I did the dishes. Being housebound meant her social and personal experiences became very limited, but the hundreds of hours of playtime created tangible memories from a shared experience of people, places, and incredible stories that we could recall and reflect upon. We ended up forming memories of a place we’d never been.

When mum passed it was raw. Even good memories bruised, and I actively avoided re-examining 30 years’ worth of the wonderful times I’d shared with her. One night I was listlessly scrolling through my library, wondering which games could immerse me enough to take me away, and I saw Fallout 3. 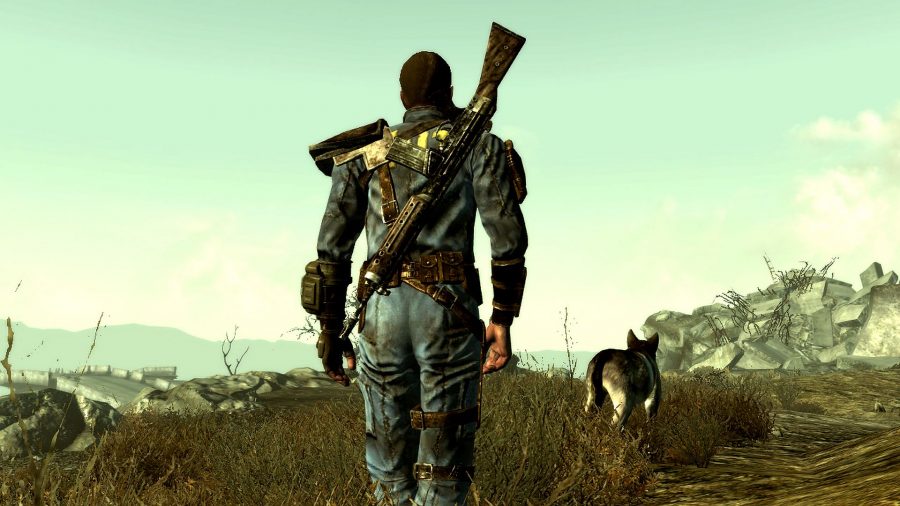 I booted it up happily, eagerly expecting a much-needed distraction from the state I found myself in, but instead my heart sank as it loaded into the last game that mum and I played together. I spawned inside our modded bunker, instinctively reaching for the escape key, but I saw the wall of our trophies from our adventures. Each texture mesh was a digital reminder packed with memory, experiences, stories, and laughs. For the first time in a very long time I smiled.

I left the bunker and walked out into the wastelands, Dog Meat by my side, and I felt lighter. My mum’s words of wisdom, Fallout related and otherwise, pouring in and giving me comfort. I wandered the wastelands taking in some of our old haunts, recalling the memories and events contained within. I turned the corner of Springvale to be met by a towering Behemoth Super Mutant and I could hear my mum right beside me: ‘Shoot him in the face, son!’