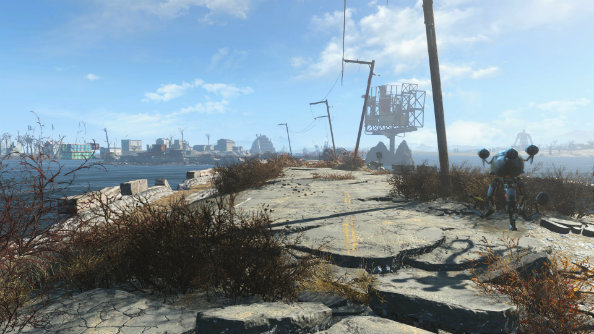 In an effort to curb its recent problems with mod piracy, Bethesda’s newest Creation Kit Update has introduced a Steam link feature that will require you to link your Bethesda.net account to your Steam account before uploading any mods to the service.

Fancy trying some mods yourself? We’ve got a list of the best Fallout 4 mods you might want to check out.

That’s not all, you’ll need to own Fallout 4 on the linked account too. Linking your Steam account to a Bethesda account is easy, you just need to start Fallout 4, select Mods and log in and then it’ll automatically link the two accounts fates together forever more.

There’s also some general optimizations and bug fixes, and with the PS4’s private mod beta coming soon, they’ve also rolled out PS4 Mod support. Modders looking to push your mods to the PS4, all you have to do is pick up the latest Creation Kit update. There’s a few caveats to the PS4 support, including a maximum size of 900mb for mods, but it’s best to check them out on Bethesda’s site.

Chris wrote yesterday about how Nexus Mods owner Robin “Dark0ne” Scott called out Bethesda for their inactivity when it came to people pilfering mods from the site and uploading them to Bethesda.net, particularly for those playing on Xbox One. The Steam linking feature may not solve the problem, but by linking it to a Steam account and requiring the account to have a copy of Fallout 4, there’s at least a way to punish modders who don’t have the best interests of the community at heart.