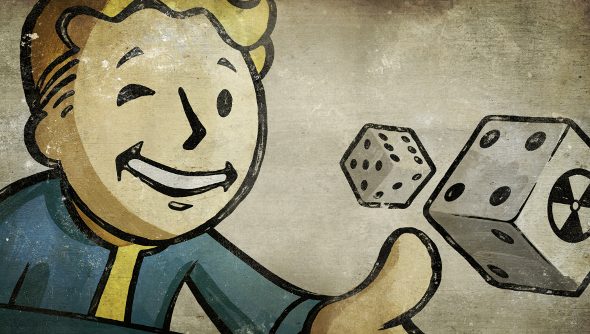 The recent Survivor 2299 Fallout hoax that tricked numerous fans and reporters (despite being pretty much caught out by NeoGAF and Reddit in a day) might have made some people a wee bit sad, but at least it didn’t cost anyone anything.

Well, other than DCHoaxer, the hoax’s creator. In a Reddit AMA, he reveals that he spent $990 on the lark and admits that he’s a “douche”, which he seems quite proud of. I’d suggest, however, that his ability to waste money on such a silly scheme is a far worse character flaw.

DCHoaxer broke down the costs: The website cost $30, the traffic cost him $60 and the phone rental a whopping $900. Apparently his goal wasn’t just to embarrass the rumour hungry press or upset Fallout fans, he had more noble goals in mind. Completely unrealistic, poorly thought out, noble goals.

“I wanted to force Bethesda to reveal something during VGX on 12/11, and bring /r/Fallout community together (for at least 3 weeks),” he continued on a more positive note,” DCHoaxer, the great martyr, explained. Because nothing makes a huge publisher reveal information that they don’t have/already said they won’t be revealing more than a hoax.

While he admits that he failed to do either of those things, he can be happy in the knowledge that his hoax has brought the /r/Fallout community together in thinking that, yes, DCHoaxer is a douche.