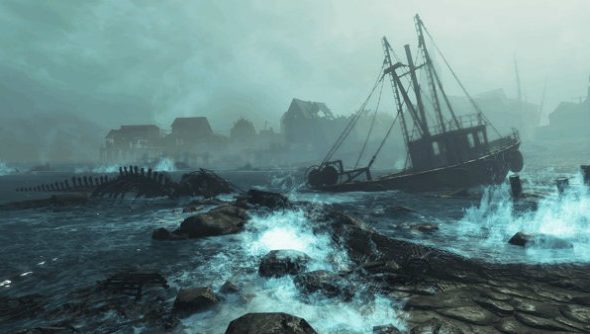 Guess which Fallout game is in our list of PC’s best RPGs.

It has since been taken down, but for a while the DLC in its entirety was available to download on the modding site. A cached version of the page (via Kotaku) shows that the $24.99 DLC was downloaded for free almost 800 times.

Far Harbor is supposedly the biggest landmass Bethesda have ever made for a game’s DLC, and it’s heavily story-focused. It’s a shame that so many people now have access and could potentially spoil it for others.

The DLC unlocks on May 19 and it kicks off in-game when a new case from Valentine’s Detective Agency leads you on a search for a young woman and a secret colony of synths.

This hunt takes you off the coast of Maine to the mysterious island of Far Harbor, where you’ll have to cope with higher levels of radiation and a “more feral world”.

If you’re bothered about spoilers at all, it’s probably a good idea to stay away from the usual forums, as details from the closed beta – despite its NDA – are popping up all over, according to Kotaku.