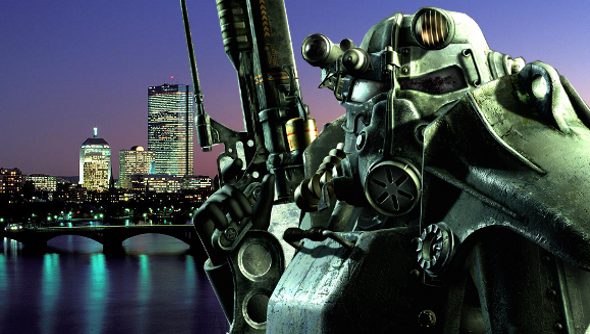 Update: Turns out it’s another pointless hoax. Bethesda says that it didn’t come from their offices.

A year ago, hearts were broken when a rumoured Fallout project ended up being a hoax. But not long after, part of a script leaked, and while it never mentioned Fallout by name, aspects of the Fallout universe were alluded to. It was to be set in Boston, coincidentally the same place the hoax was set in. Unfortunately, Bethesda kept quiet.

More fuel has been thrown on the flames of speculation, however, as Bethesda has filed a trademark registration with the German patent office for “Fallout: Shadow of Boston”. The trademark covers game discs, downloadable games and, oddly, “auditioning for TV game shows”.

The trademark application was made late last month, and you can read the listing here.

It’s been four years since New Vegas came along, and six years since Fallout 3’s launch, which is a lot longer than I’d realised. I think we’re due a trip back into the radioactive wastelands of North America, even if we did just have a lovely visit in Wasteland 2.

With the incredibly awkward VGX awards being next month, perhaps Bethesda are holding off on an announcement until then.