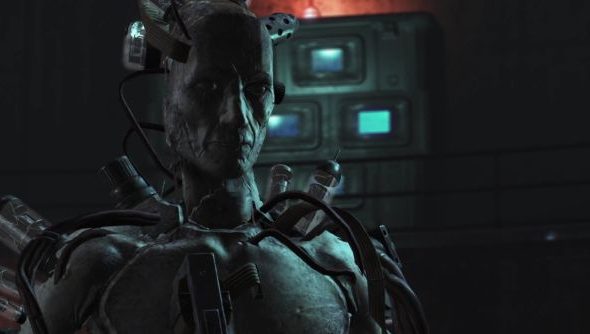 Fallout 4’s expanding again, and it’s by a lot. Far Harbor is the third slice of DLC for Bethesda’s post-apocalyptic masterpiece, and by far the biggest. In fact, they tell us, the landmass added in the expansion is the largest they’ve ever added in one go, a more feral, highly irradiated island off the coast of Maine. There’s a new trailer introducing it and the brewing war between its human inhabitants and the synths.

Looking to expand the game? Here’s the best Fallout 4 mods.

We also get a few more doses of fabulous old-timey voice acting.

The big reveal, along with the slightly terrifying cultish antagonists and new giant beasts to contend with, is that release date, just a couple of weeks away on May 19. As well as all that extra plot and moral dilemma to stroll through, it’s bringing a gear-level upgrade, providing more powerful arms and armour than are available in the base game. You’ll use those to broker peace (and probably a lot of war) on the island, as well as unravel the mystery of a woman’s missing daughter.