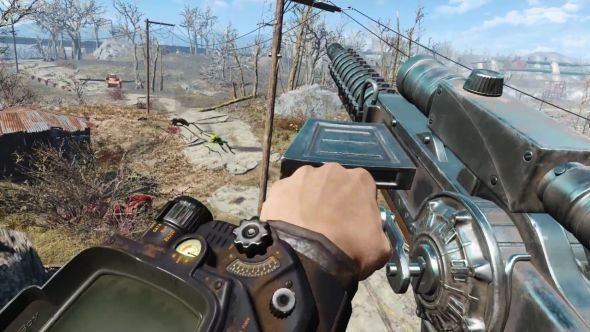 Bethesda launched their second attempt at paid mods today with the release of the Creation Club for Fallout 4 on Steam, Xbox One, and PS4.

Want to know what we thought of Fallout 4? Check out our review here.

Pitched as a kind of microtransactions store, the Creation Club allows players to download small add-ons to enhance their Fallout 4 experience, such as items, abilities, and quests. As of right now, the initial batch of content is different items you can get for the game. Some, like the Modern Furniture Workshop Pack or the Pip Boy Paint Jobs, are cosmetic changes that the game will give you right away. Others, like the Prototype Gauss Rifle, add a new quest for you to complete before you earn it.

This isn’t the first time Bethesda tried doing paid community content, as they and Valve attempted selling paid mods in 2015, then stopped after fans voiced their displeasure.

Bethesda make it clear that the Creation Club is distinct from the current mod community, which will still remain independent and free. But they’re definitely drawing from mod creators for at least some of the Creation Club’s content.

To celebrate the release of the Creation Club, Bethesda are giving players 100 credits for free to get people started. Notably, credits are transferrable between Steam and Xbox One versions, but not PS4.

Creation Club is now available for Fallout 4 across all platforms and will be coming to Skyrim next month.