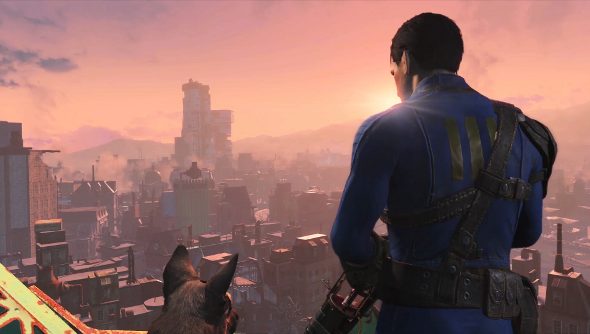 For a game as liberating and non-linear as Fallout 3, it was a bit jarring when it just ended. Boom, you saved the day, and now here are some credits. All those unexplored areas, all of those secrets and Easter eggs, all of those unfinished quests – gone.

With Fallout 4, Bethesda’s doing something a bit different. The game will only end when you want it to end, and there won’t be a level cap either.

Bethesda revealed this precious bit of information on Twitter in response to what I expect must have been many, many questions on the subject.

To our fans who’ve asked: Fallout 4 doesn’t end when the main story is over and there is no level cap. You can keep playing and leveling.

Good news! Well, at least one part. The absence of a level cap is a bit stranger. I mean, even using a mod to give you a perk every level made exploring the Wasteland incredibly unbalanced, so I can’t even imagine what a character with that’s hit level 100 or, god, 1000 would be like. One punch kills abound! But it’s certainly a lot of freedom.