As teased yesterday by a countdown, Fallout 4 has been announced by Bethesda. Yes, the retro-future apocalypse RPG that we’ve all been desperately hoping for is a real thing, and will be officially shown off for the first time at E3 this year.

The countdown finished at 3pm BST, where the Fallout 4website went live. The main feature of the website is the flash new trailer that you can see above, which is a cinematic showing what appears to be both pre and post-war America. There are sequences set in the 1950s with people witnessing the nuclear detonations, people heading into the Vaults, and plenty of post-apocalypse devestation.

Once again it looks like we’ll be taking a dog along for the ride, and the Vault Dweller at the end of the trailer is equipped with a trsuty PipBoy. 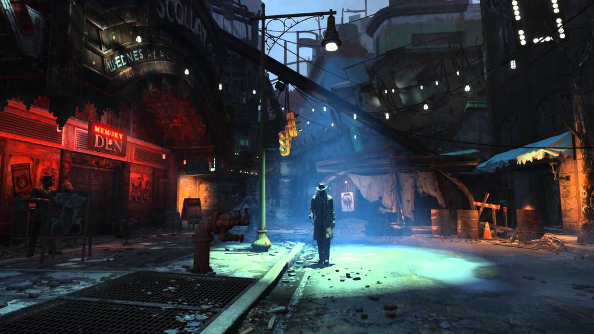 So far there’s no official word on the setting, but the screnshot above seems to be a destroyedScollay Square, which is located in Boston. 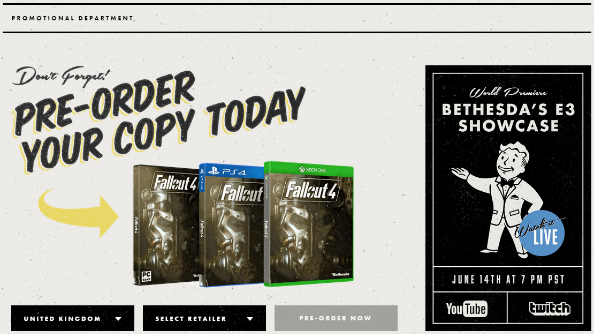 The website confirms that the game will be on PC, PS4, and Xbox One. Here in the UK, official pre-orders can be made from Amazon and Game via the Fallout 4 website, whilst Amazon and Gamestop will handle the US. That next-gen console exclusivity should hopefully mean Fallout 4 is running on new tech, and thus mean we get a far better looking and running game than Bethesda’s previous games. The trailer certainly seems to suggest a much better looking game than before, at the very least. Fingers crossed, eh?

We’ll get to see far more of Fallout 4 on June 14th at Bethesda’s E3 presentation.