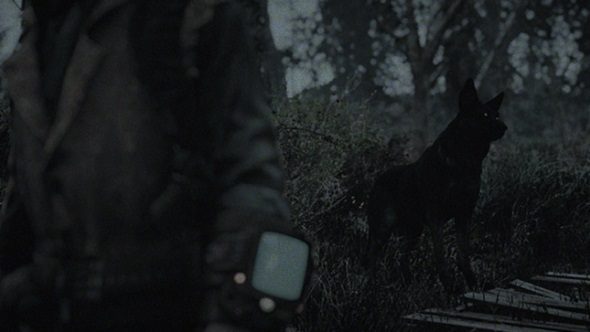 It may be full of flesh-eating ghouls and radioactive monsters, but you wouldn’t describe Fallout 4 as a horror game. The “Pilgrim – Dread the Commonwealth” mod seeks to change that, turning the Commonwealth into a wasteland full of spooks and scares.

The crux of this mod is to make Fallout 4 look like a horror movie, complete with film grain, adjustable letterboxing and a special camera emulation which makes the world look like it is being captured by a handheld digital camera. There is also a special weather plugin that is designed to work specifically with the Pilgrim ENB. No more sunshine when playing this mod; its weather is designed to put players on edge.

The designers of Pilgrim were influenced mainly by the 2008 horror film The Witch in the creation of this mod, which is set in a creepy version of 17th century New England. They were so inspired that they are planning to replace the canine companion Dogmeat with the evil goat/embodiment of Satan Black Philip. At present, they haven’t managed to import the goat model into the mod, so they have retextured Dogmeat to have jet black fur and glowing eyes. They’ve also adjusted his audio to be “a little less cheerful”.

Along with a unique soundtrack, there is even a dynamic music system that will change based on the current weather, just to heighten the horror. All of Fallout 4’s original music is replaced by Pilgrim’s custom soundtrack, but you can toggle certain aspects on and off to find that perfect mix of scary but enjoyable.

You may experience a slight drop in performance when using Pilgrim, with most rigs dropping five to six fps when running all of its features. There are two special presets of the ENB to help it run on weaker systems, so check those out if your PC isn’t quite up to spec.

If you want to run the mod, head on over to Pilgrim’s page on Nexus Mods. You will have to uninstall any pre-existing weather mods if you want to run Pilgrim successfully. Far Harbour and Nuka-World do not have Pilgrim custom weather yet, but those are planned for a future update.