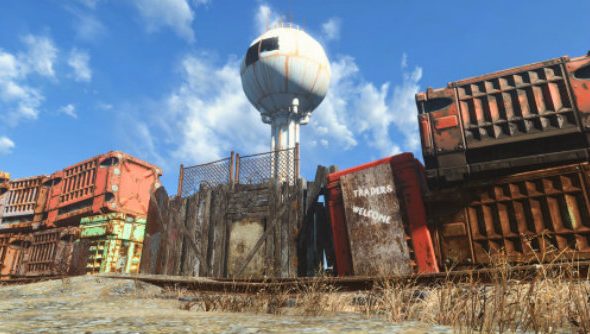 There’s a massively ambitious Fallout 4 mod in the works that’s essentially a standalone Fallout game on its own, set several decades after the main game.

It might be a while before it’s done, so fill your time with out list of the best RPGs on PC.

Being worked on by a group of 18 volunteers – though they’re actively looking for help – the mod is still “several years away”. Progress has been helped along recently by the release of the Creation Kit modding tools, however.

That time-schedule is expected with something so expansive, though. “The city of Seattle is the main hub of the game,” explains the mod’s Q&A. “Many locations of the game focus around the city proper, including certain fair grounds, public markets, and other famous locations.

“The game will also include other locations to the west and south including Mercer Island, Redmond, Bellevue, forested areas and airports. The project make an effort to make the world a believable and alive one.”

If you’re wondering about size, “the scale of this project is a land area that is just a bit smaller than Fallout 3, but more quests and locations than Fallout 4’s Far Harbor DLC,” say the team.

The best thing is, the mod should be pretty straightforward to install, if all goes to plan. Once completed, it should run on any machine that can run Fallout 4, without needing additional script extenders or mods. It might require you to own some DLC, though, as it would give the mod creators access to more assets.

If you have modding experience and think you can help, email the team at [email protected]