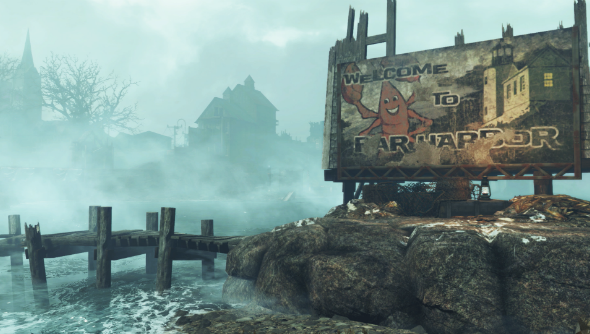 Fallout 4’s first proper DLC is now out and will add at least another 15 hours of gameplay onto the monolithic post-apocalypse RPG.

If you never stopped the roleplay then you might be running low on games, so here are the top RPGs on PC.

In terms of land mass, Far Harbor is the largest DLC Bethesda has ever made for any of the immersive worlds they have created.

The Synth-hunting storyline of visiting the island fleshes out an aspect of the world the original game glosses over fairly quickly as you go in search of a girl called Kasumi who believes she is one of the android-like inhabitants of Far Harbor.

The DLC is available now through Steam for $25/£20, and also features a mess of new weapons and armour, as well as a puzzle-solving minigame which will only make you want to tear what’s left of your irradiated hair out a little bit.

If nothing else, it’s another excuse to visit the wasteland again, which most vault-dwellers may have neglected given the deluge of incredible games we’ve been delivered in the first half of this year.