I have two recurring nightmares. In one, I’m inside this church that I used to visit as a child. All the lights suddenly go out, the doors lock, and I realise I’m trapped in there for the entire night. In the other, I’m standing in the street when I look up to see a passenger jet hurtling out of the sky, heading directly into the ground.

These motifs are repeated in Fallout 4’s The Glowing Sea, a sprawling, unnerving desolation located in the south-west corner of what used to be Boston. The first is evoked by Forgotten Church, a building almost entirely buried by nuclear waste that can only be entered via a hatch in the roof. Meanwhile, Skylanes Flight 1665 – the crash site of a pre-war passenger jet – dredges up the second. For me, these locations underscore The Glowing Sea’s macabre yet majestic power – a vast tract of uninhabitable land that, perhaps counterintuitively, best represents Bethesda Game Studios’ storytelling chops.

Let me explain. At the beginning of Fallout 4 your character has to flee from their home. People around them run and scream. Sirens wail. In the distance they see ominous bright flashes and rising plumes of smoke.

To emphasise that this really is the end of their world, the unfolding global nuclear tragedy is combined with a more personal one: as well as watching their country get blown up, your character’s spouse is killed and their son is kidnapped. When Fallout 4 begins proper, they’ve really lost everything. Even compared to other games in the apocalyptic series, there’s a profound sense of destruction. 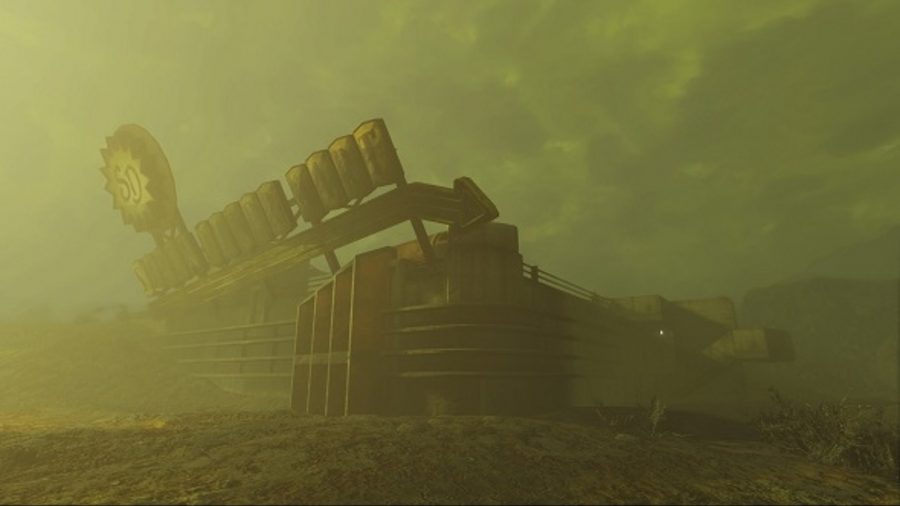 But while effective at setting up the scenario, this opening sequence feels a little on-the-nose. The strongest – or, at least, the most fitting – stories in Fallout 4 tend to be the ones that are implied or symbolised.

Bethesda doesn't need words, Fallout's aesthetic is stark and emotive enough on its own

This is a game about picking through ruins. And when you’re allied with Nick Valentine, or building a settlement, it’s also a game about piecing things together, whether that’s as a detective or engineer.

Plainly showing the eponymous fallout, and the world that existed before the nuclear war, seems antithetical to what Bethesda is best at. Like the skeleton inside the “Pulowski Personal Shelter,” the studio is capable of creating an entire story with a single evocative image. The studio also doesn’t need words or a great deal of narrative delivered alongside generous helpings of explosions and violence; Fallout’s ‘idyllic but soaked in blood’ 1950s aesthetic is stark and emotive enough on its own. 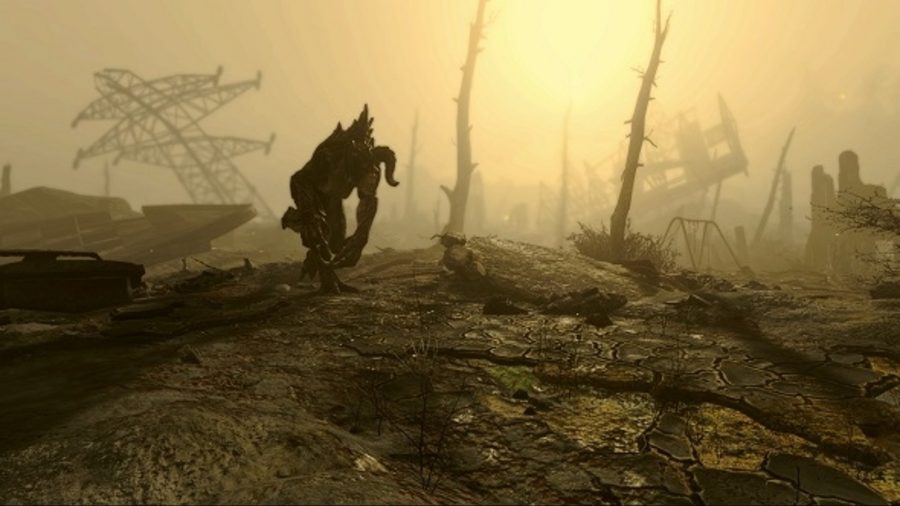 In The Glowing Sea, the horrors of nuclear warfare, and what your character has personally lost, are communicated without dialogue, set-pieces, or scripted story beats. It speechlessly and ambiently encapsulates Fallout 4’s nightmarish quality. When I explore, it’s like Bethesda is toying with my own, very real, fears.

Although desolate landscapes have been an iconic feature in the Fallout series, Bethesda missed the mark with Fallout 76's launch. In our review, Jules writes about how Bethesda has stripped away much of what makes the series great and leaves an empty shell of a game.

Nightmares are often illogical and absurd – they seem to go on forever and are filled with terrifying images pulled from deep within your subconscious. As you explore the majority of Fallout 4, it’s as if you’re experiencing everyday, waking life. When you cross into The Glowing Sea – haunted as it is by craters, radiation, and ten-foot-tall reptilian monsters – it feels like you’ve entered a bad dream.

Fallout 4’s Boston might be bombed-out and ridden with monsters, but most of it is still cast in bright sunshine or shimmering moonlight; from the right angle, it almost looks pretty. The Glowing Sea, however, is permanently shrouded in a deep, sickly, irradiated yellow. When you cross into it, and the sky shifts from blue to bile-coloured – it’s as if the entire world around you has shifted somehow, like you’ve entered a different realm. 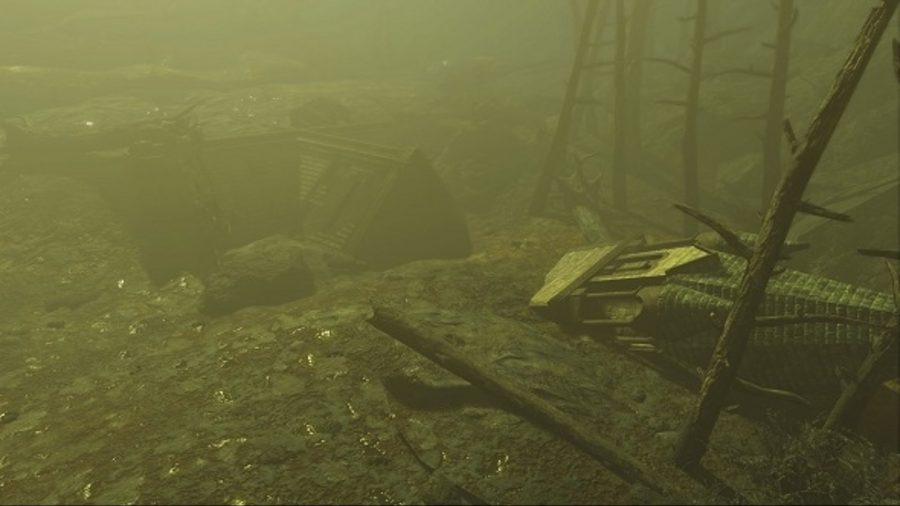 A lot of Fallout 4’s mechanics and rules don’t apply here, either. It may be a game built on exploration, but the toxicity of this area means you can’t easily walk through it or stop to look around. And while looting and questing are also prime concerns, don’t expect to find much to do in this ochre desert.

The whole area seems to operate on different logic to the rest of Fallout 4: where the game is generally bright, The Sea is dark; where the Fallout series is renowned for how much stuff it contains, The Sea is vast and empty.

By making it feel so patently different to the rest of Boston, and forcing you to play differently when you’re within it, Bethesda frames The Glowing Sea as a separate world. Its various landmarks, now monuments to long-since-absent domestic life, are ravaged and rotting. The Glowing Sea becomes a physical manifestation of your character’s loss, a perpetual reminder of your worst anxieties. Everything gleaned in Fallout 4’s heavy-handed opening is expertly captured by this simple, silent image: a jarringly lonely place where bad dreams are real.