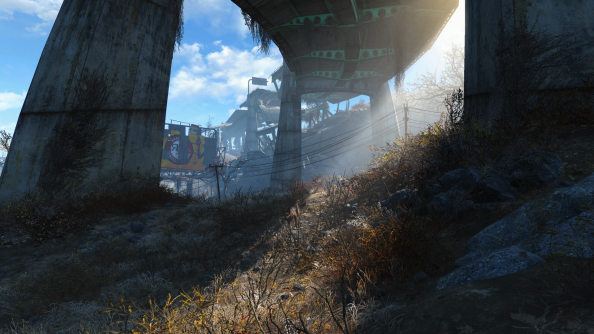 Ever since Valve and Bethesda briefly went doolally and started price-stickering Skyrim mods, there’s been a creeping sense that the practice might have retreated to a safe distance to shake its fist and then reappear at a later time.

That’s not the case, says Bethesda’s Todd Howard, telling Kotaku that there are currently no plans to make anybody cough up a solitary cent for a Fallout 4 mod. Put your wallet down. Throw it out the window. You don’t need it.

In an interview with Spiegel Online, the game director remarked upon the rapid retraction of the publisher’s last attempt to monetise the vast and untapped wilds of editing the game files to make everybody naked or modding in a gun that shoots penises.

“How long was the online payment system? 24 Hours?” said Howard. “I can only speak for the present time, but currently there are no plans for a payment system.”

In fact, with Fallout 4 the studio is redoubling its support for the modding community, with news that mods created on PC will be available to download and play on Xbox One too.